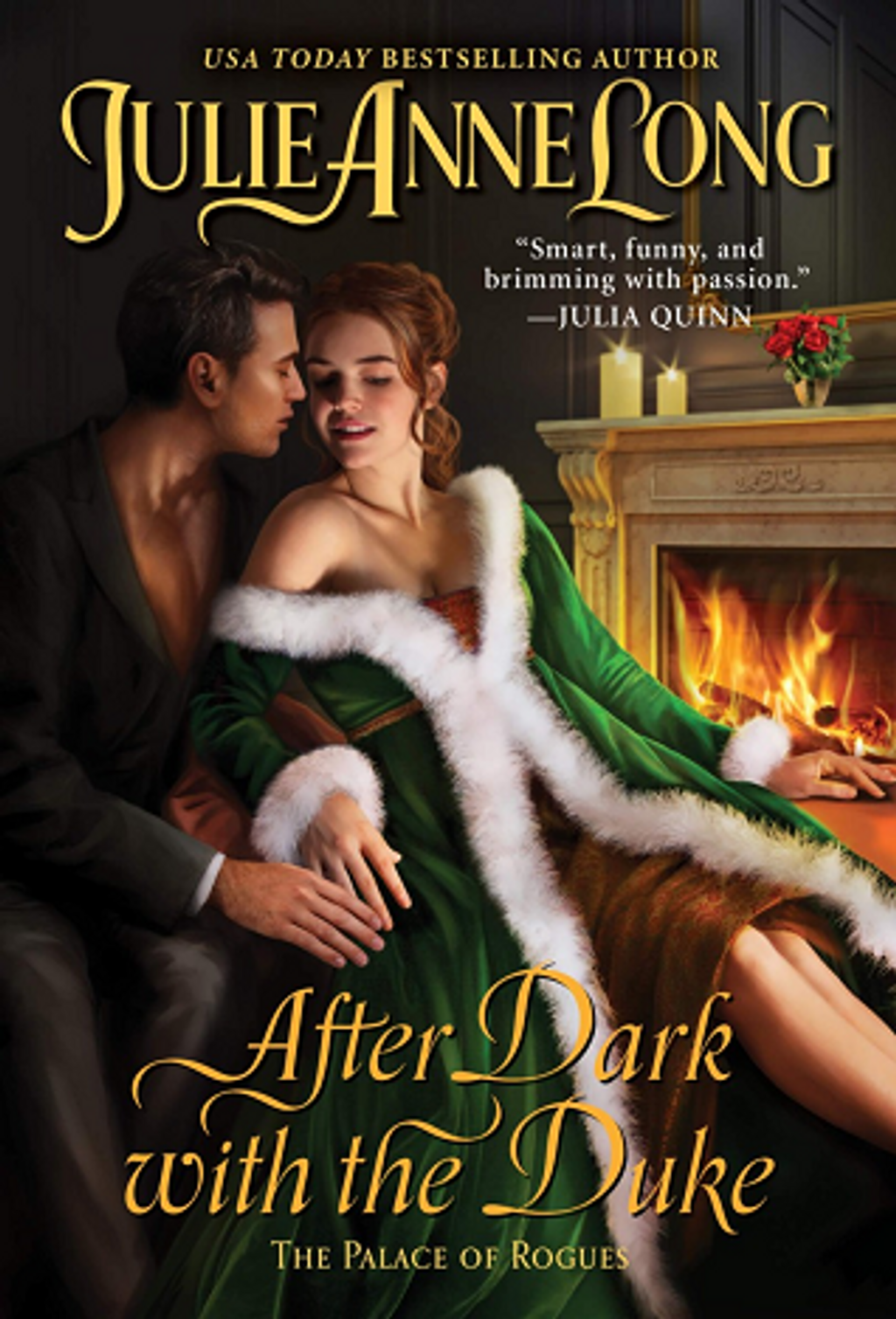 After Dark with the Duke (The Palace of Rogues #4)

Sparks fly when a daring diva clashes with an ice-cold war hero.

She arrives in the dead of night, a mob out for blood at her heels: Mariana Wylde, the “Harlot of Haywood Street,” an opera diva brought low by a duel fought for her favors. But the ladies of the Grand Palace on the Thames think they can make a silk purse from scandal: They’ll restore her reputation and share in her triumph...provided they can keep her apart from that other guest.

Coldly brilliant, fiercely honorable, General James Duncan Blackmore, the Duke of Valkirk, is revered, feared, desired...but nobody truly knows him. Until a clash with a fiery, vulnerable beauty who stands for everything he scorns lays him bare. It’s too clear the only cure for consuming desire is conquest, but their only chance at happiness could lead to their destruction.

The legendary duke never dreamed love would be his last battleground. Valkirk would lay down his life for Mariana, but his choice is stark: risk losing her forever, or do the one thing he vowed he never would...surrender.