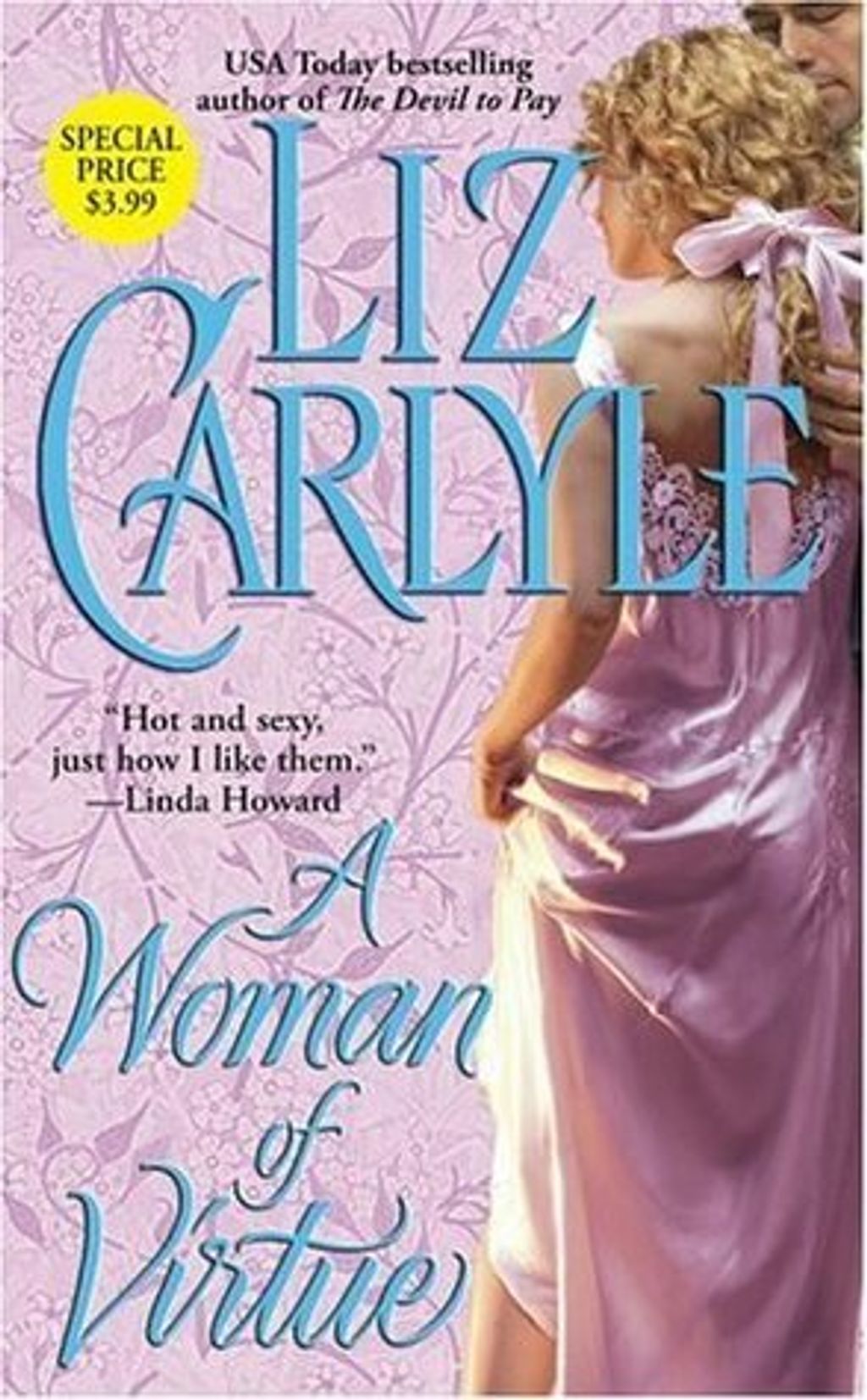 David, the dissolute Lord Delacourt, happens upon the mistress of his dreams, complete with flame gold hair and a couple of, ahem, other attributes that lead Delacourt to nickname this vision of female pulchritude "Peaches." But he quickly discovers that his perfect woman is no fille de joie; no, she's Lady Cecilia Markham-Sands, a genteel if impoverished young woman very much on the marriage mart. Caught in a compromising position with the virtuous virago, the reportedly disreputable Delacourt does the honorable thing and offers to marry Cecilia. But Cecilia wants nothing to do with the womanizing lord and refuses his troth, much to Delacourt's surprise and even dismay.

Years later when fate intervenes in the form of Delacourt's interfering brother-in-law, Cole Amherst, from Carlyle's earlier novel A Woman Scorned, Cecilia, now the widowed countess of Walrafen, once again encounters her nemesis Delacourt in the most unlikely of places, running a shelter for rehabilitated prostitutes in London's slums. But when the unfortunate women in their care begin to turn up dead, Cecilia and Delacourt put aside their animosity to discover who is preying on their defenseless charges. Thrown together by the investigation, passion quickly replaces antipathy, and the fires that have been simmering for six years flame out of control.