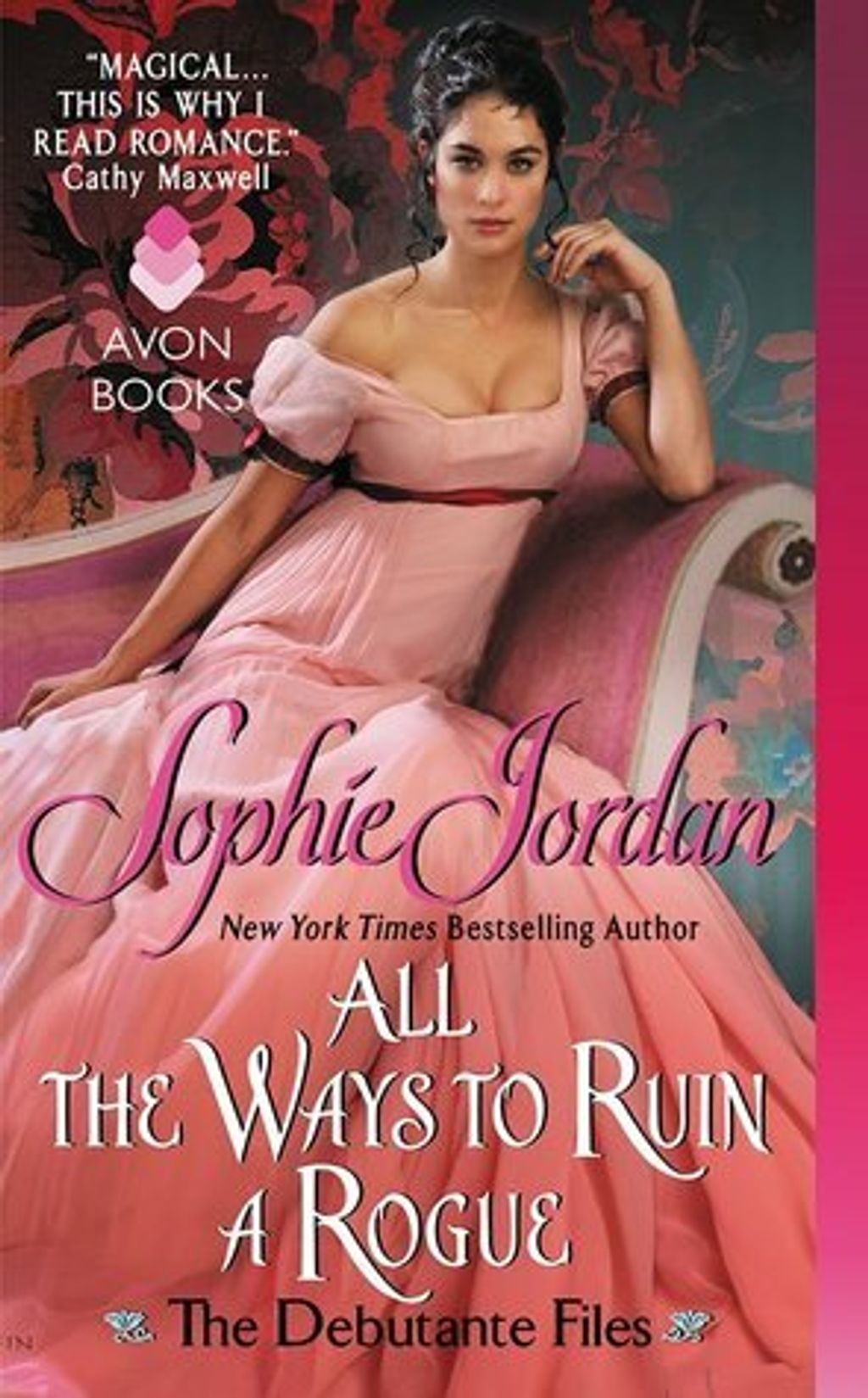 All the Ways to Ruin a Rogue (The Debutante Files #2)

There was once a lady who loathed a lord...

Lady Aurelia hasn't always hated Max, Viscount Camden, her brother's best friend. In fact, as a besotted girl, she thrived under his kind attention—sure that he was the most noble and handsome man in the land. Until her young heart discovered what manner of rogue he really was. Now, though she enjoys nothing more than getting on his last nerve, she can’t deny Max drives her to distraction—even if she tries to pretend otherwise.

...and a lord who was confounded by a lady.

Max cannot recall a time when Aurelia did not vex him. If she was not his friend’s sister, he would stay far away from the infuriating vixen. Unfortunately, they are always thrown together. At parties and family gatherings…she is always there. Infuriating him, tossing punch in his face, driving him mad...until one night, she goes too far and he retaliates in the only way he can: with a kiss that changes everything.