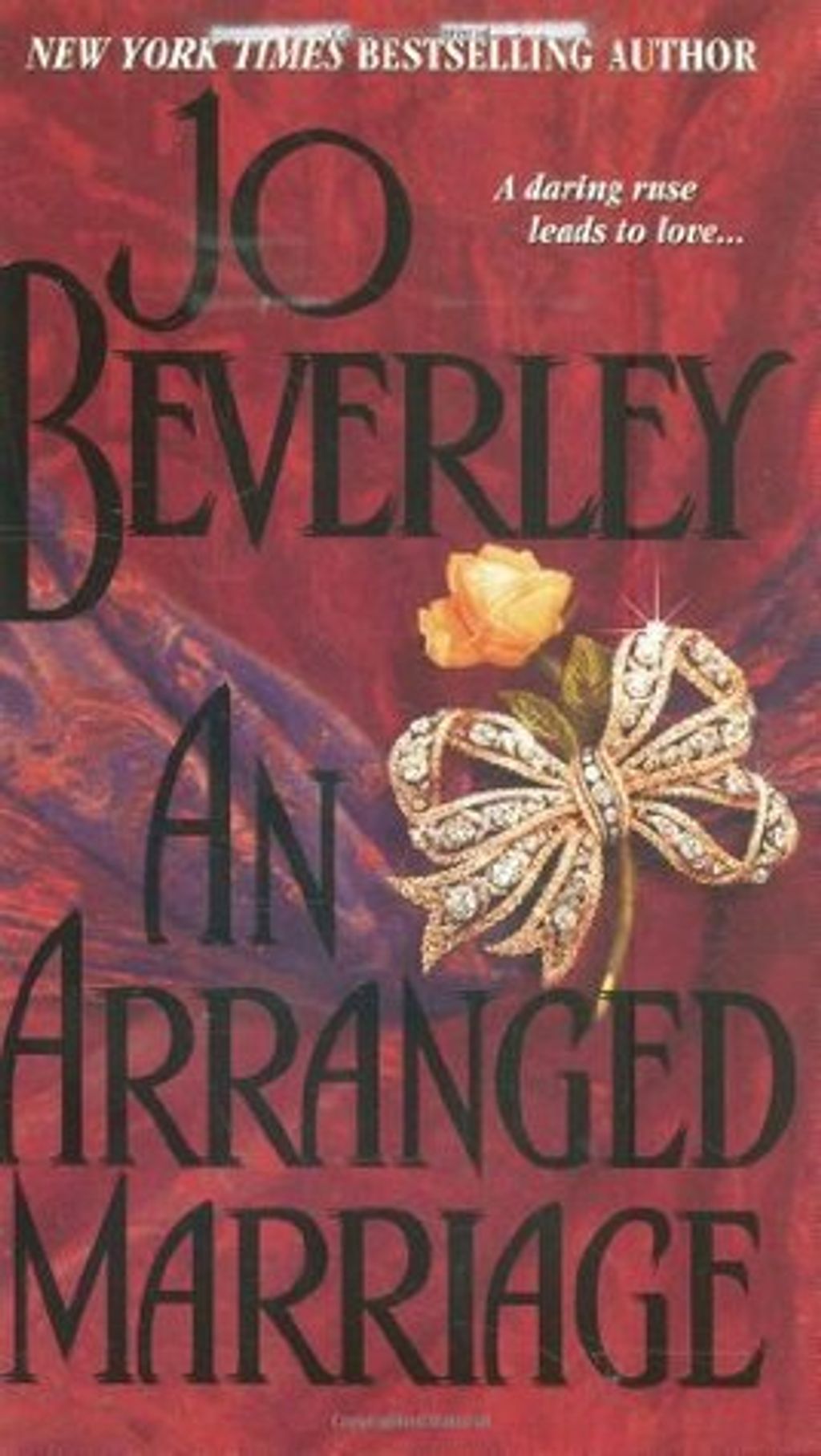 An Arranged Marriage (Company of Rogues #1)

Eleanor Chivenham didn't put much past her vile brother, but even she had not anticipated his greedy scheme to dupe a rich earl into mistaking her for a lightskirt! With her reputation in shreds and her future ruined, a defeated Eleanor was forced to agree to a hasty wedding. But marriage to the mysterious Nicholas Delaney was more than she'd bargained for. He doubtless thought the worst of her, but when society gossip soon told her all about his beautiful French mistress, Eleanor tried to act with the cool dignity required in a marriage of convenience. But how long could she hold out against his undeniable charm -- or the secret desires of her heart?

For the sake of family honor, Nicolas Delaney agreed to wed a wronged lady. In truth, such chivalry ran counter to his carefully wrought image of a carousing, dissolute rogue -- the guise so vital to his secret political mission. He hoped to keep his new wife in the background until a spy was trapped, but Eleanor's beauty and fighting wit were impossible to ignore. In fact, she presented quite a challenge to his prowess with women -- and a test of his formidable will!