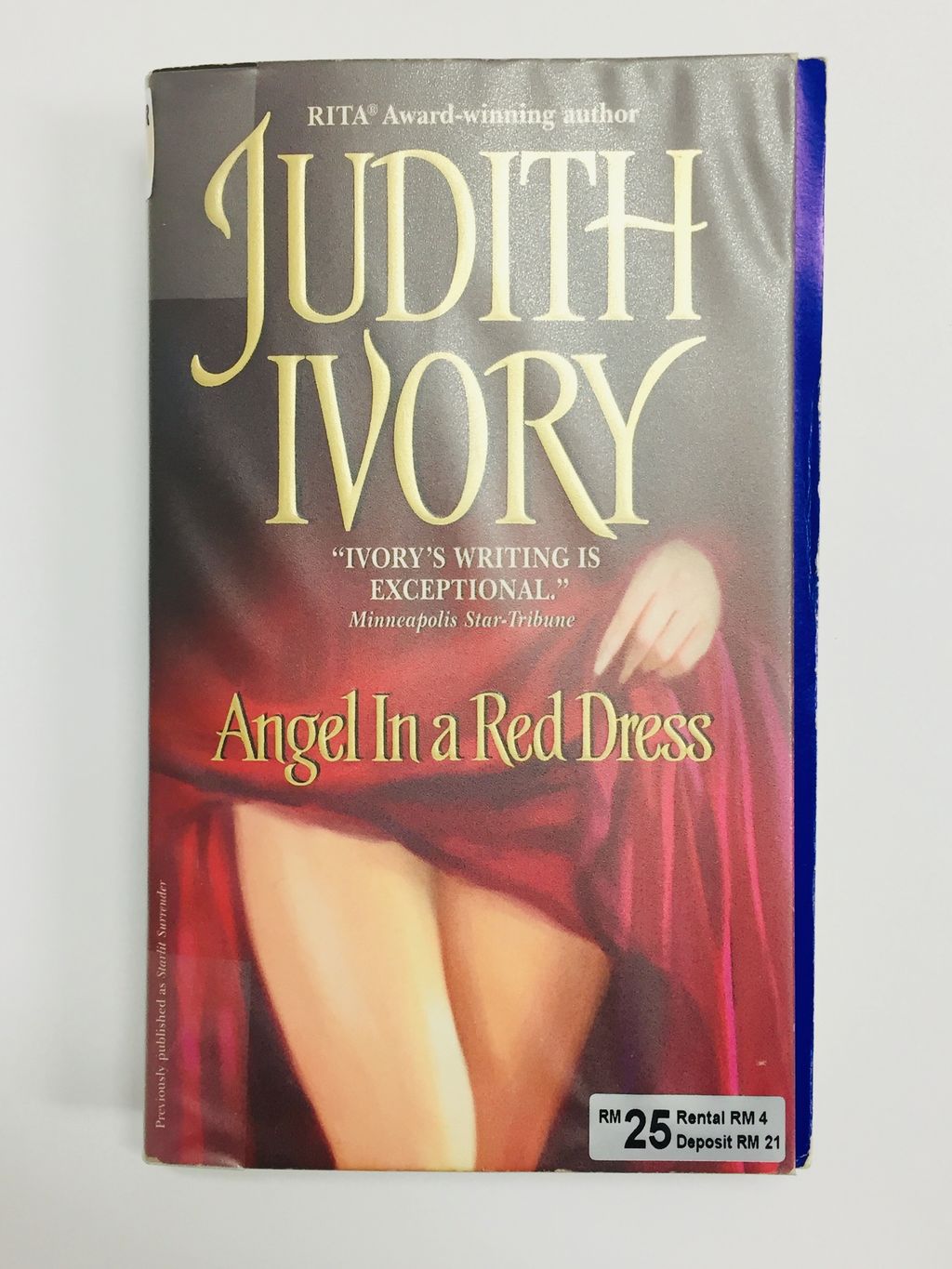 Angel in a Red Dress

AT FIRST THEY KISSED

From the instant she set her thick-lashed gaze on handsome Adrien Hunt, Christina Bower knew he was like no other male. He was as graceful as a panther, as confident as a lion-and as lusty as a tomcat. But no matter how much the golden-haired innocent told herself he was a rich, abhorrent womanizer, she couldn't resist his sensual, practiced advances. And even as her sweet lips protested each caress, her womanly curves eagerly welcomed his arousing embrace!

AT LAST THEY LOVED

With danger his constant companion, hot-blooded Adrien Hunt lived life to the hilt. His days were fraught with plots, pistols and swords, and his nights were filled with warm and willing wenches. But when he first saw the spirited nymph Christina Bower, even the experienced knave had to admit she was more enticing than any of his previous conquests. Ignoring her modest, prim "no," Adrien began his gentle assault on her senses, liberating her passions, setting free her inhibitions... and guaranteeing that in a moment more they'd share the magic of her Starlit Surrender!