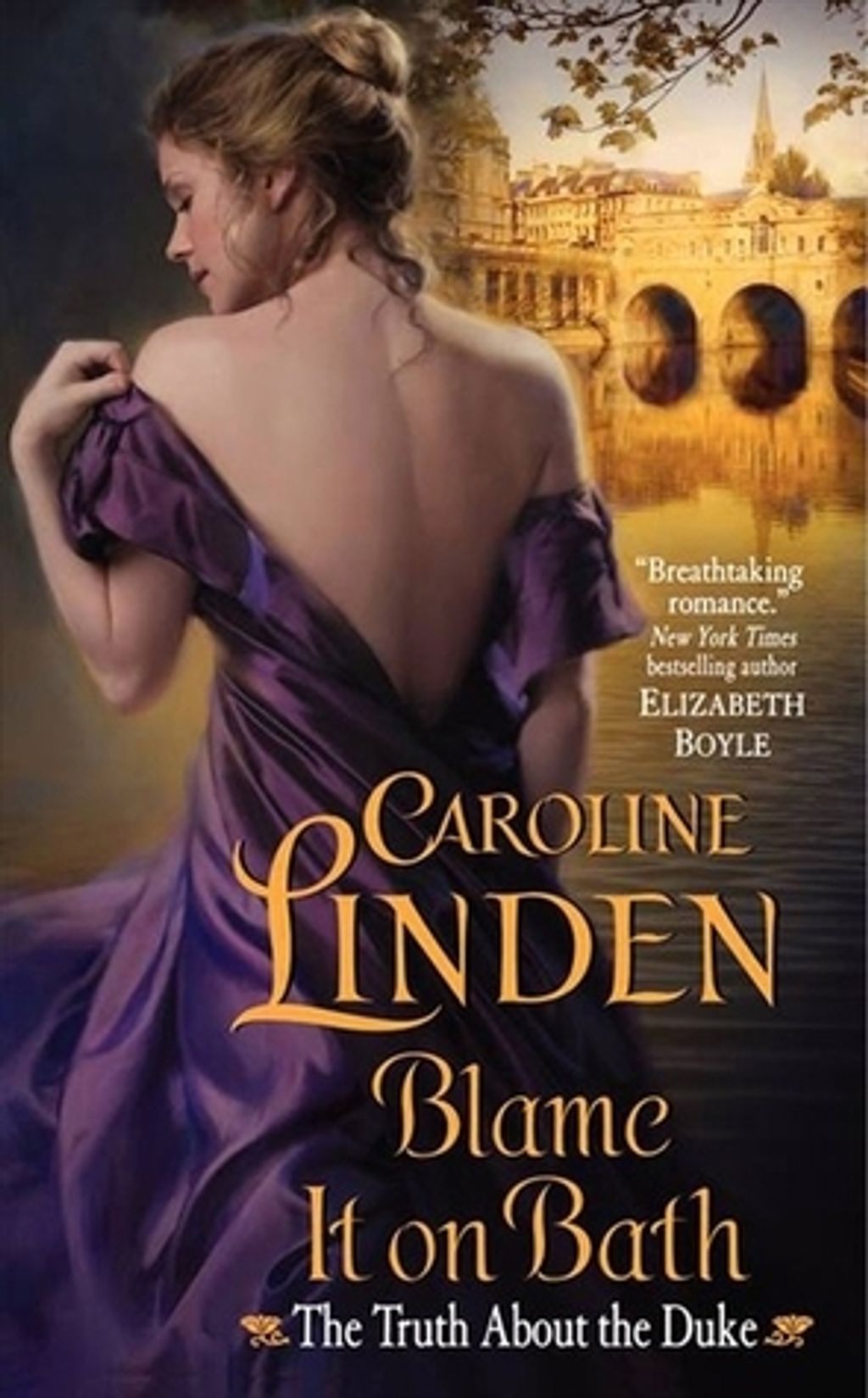 Blame It on Bath (The Truth About the Duke #2)

A marriage of convenience . . . or of destiny?

Gerard de Lacey is determined to find the man who is blackmailing his family, but with his inheritance and status at risk, a hasty marriage to a wealthy bride also seems in order—just in case things take a turn for the worse. Charismatic and capable, Gerard knows he can win the hand of any lady he chooses. Still, he's not expecting a rich widow to find him and propose the very thing he wants: a marriage of convenience.

Katherine Howe's first marriage was one of dreary duty. Now that she's being pressured to marry her late husband's heir, she's desperate for a better option. Gerard de Lacey, with his sinful good looks, charming manner, and looming scandal, fits her needs perfectly. The fact that she's nursed a secret affection for him only makes it better—and worse. Because Gerard will likely marry her for her fortune—but can he love her for herself, as she loves him?