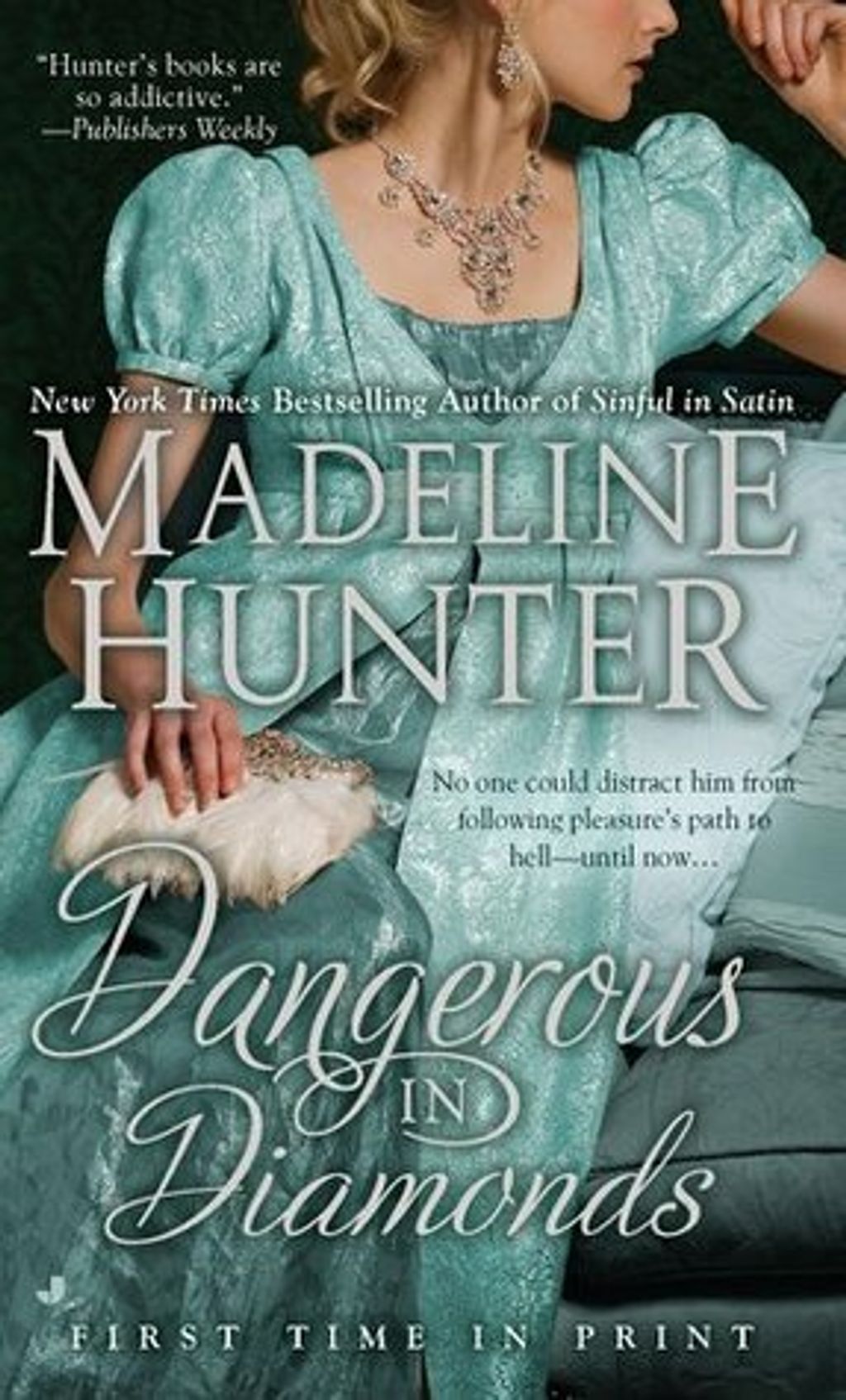 Dangerous in Diamonds (The Rarest Blooms #4)

The Duke of Castleford has been so bad for so long that scandal can’t be bothered to rise up around him anymore. To alleviate the boredom of his privileged life, he occupies himself with drinking and whoring, not to mention the occasional duel. When something piques his interest, however, he has been known to emerge from his ennui and employ his considerable mental faculties to finding answers to the questions that fascinate him.

When Daphne Joyes rejects this notorious hedonist’s seduction, she assumes that he will forget about her and continue on his path to hell. Instead her beauty, grace and formidable composure captivate him, and she becomes one of those fascinations to him. That he intends to have her, and soon, is actually the least of the dangers that his pursuit of her presents. More troublesome is his interest in her past and her history, and the way he keeps poking his nose into the secrets behind the distant relative’s bequest that gave him ownership of the property where she lives.