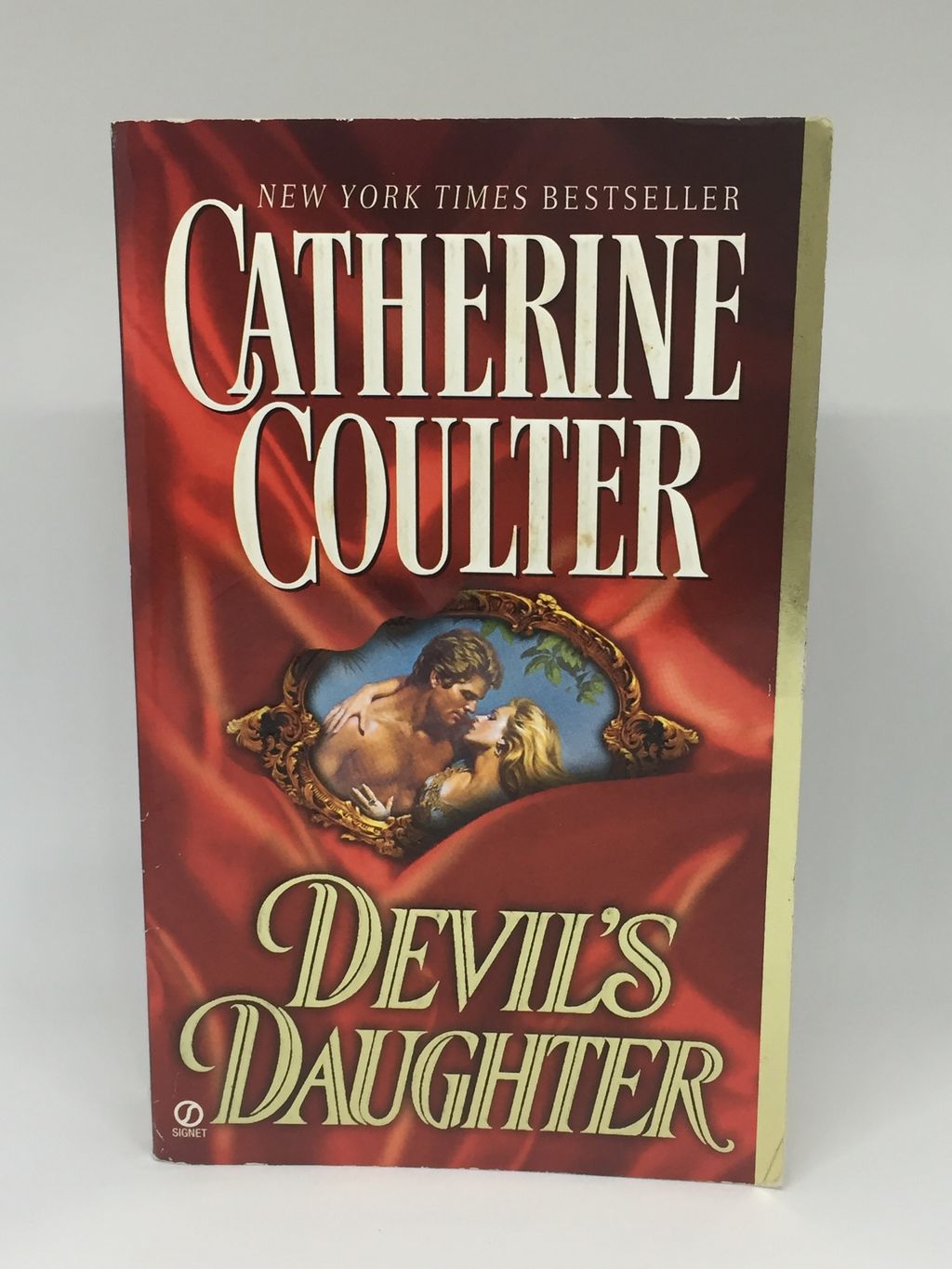 Devil's Daughter is the story of Adam and Arabella Welles, the son and daughter of Cassie and Anthony Welles. I have updated the book, since, like Devil's Embrace, it came out a while ago and needed some tidying up. It has a charming new cover, blend of the old and the new.

Adam has enjoyed women but hasn't yet found the woman created just for him. As for Arabella, she is as independent and strong-willed as her brother and her parents. When both brother and sister go adventuring in Naples to solve a mystery of their father's missing ships and cargoes, they discover that the person behind this thievery is an enemy from their father's past. This enemy manages to drug Arabella and pack her off to a harem in North Africa, Adam in pursuit.

But Adam isn't alone, there's a stowaway with him he certainly doesn't expect. Her name is Rayna Lyndhurst, daughter of a man who is dead set against the Welles family. But do children ever pay attention to their parents?

Arabella finds the harem a frightening yet fascinating place, a golden prison from which there is little chance of escape. Her master is Kamal, the Bey of Oran, a man who must be her enemy but who is unlike any man she has ever known. As for Kamal, he suddenly finds himself faced with a woman willing to fight him to the death --- a woman who both bewitches and infuriates him.

I hope you enjoy the adventures of Adam and Rayna, Arabella and Kamal. These are people I'll never forget.