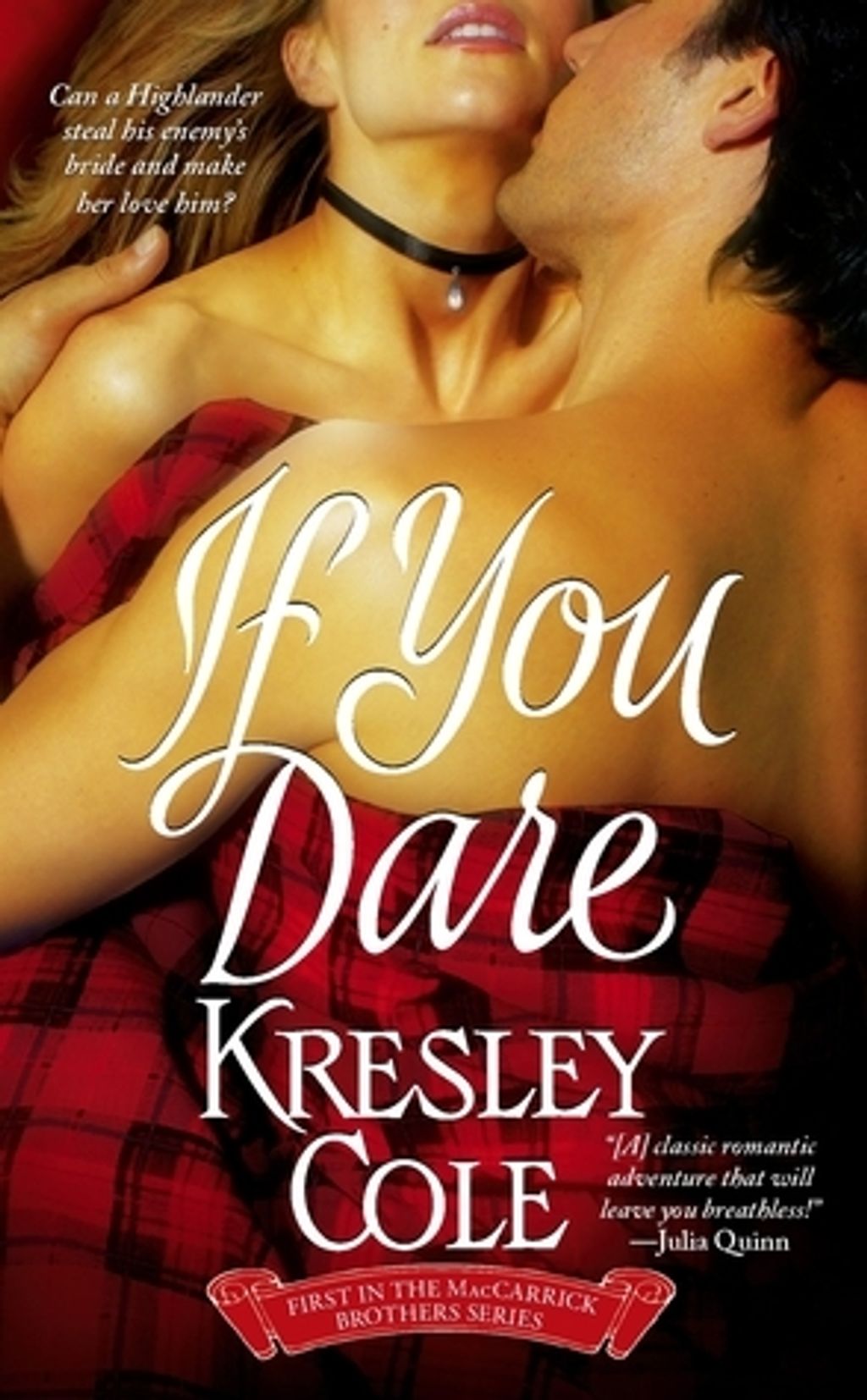 If You Dare (MacCarrick Brothers #1)

Can he exact revenge?

High in the Pyrenees, a band of mercenaries led by Courtland MacCarrick wages war for General Reynaldo Pascal. When Court turns on the evil general, Pascal orders him killed, but Court narrowly escapes and exacts revenge by kidnapping Pascal's exquisite Castilian fiancée.

Can she deny her passions?

Lady Annalía Tristán Llorente despises her towering, barbaric captor almost as much as she does Pascal. Her inexplicable attraction to the Highlander only fuels her fury. But nothing will stop her from returning to Pascal—for if she doesn't wed him, she signs her brother's death warrant, as well as her own.

Can there be love between them?

From the moment Court discovers that Anna's prim façade masks a fiery, brave lass, his heart's ensnared, and he dares to defy the curse that has shadowed his life—to walk with death or walk alone. But Pascal vows that he'll hunt the two, never stopping until he's destroyed them both.