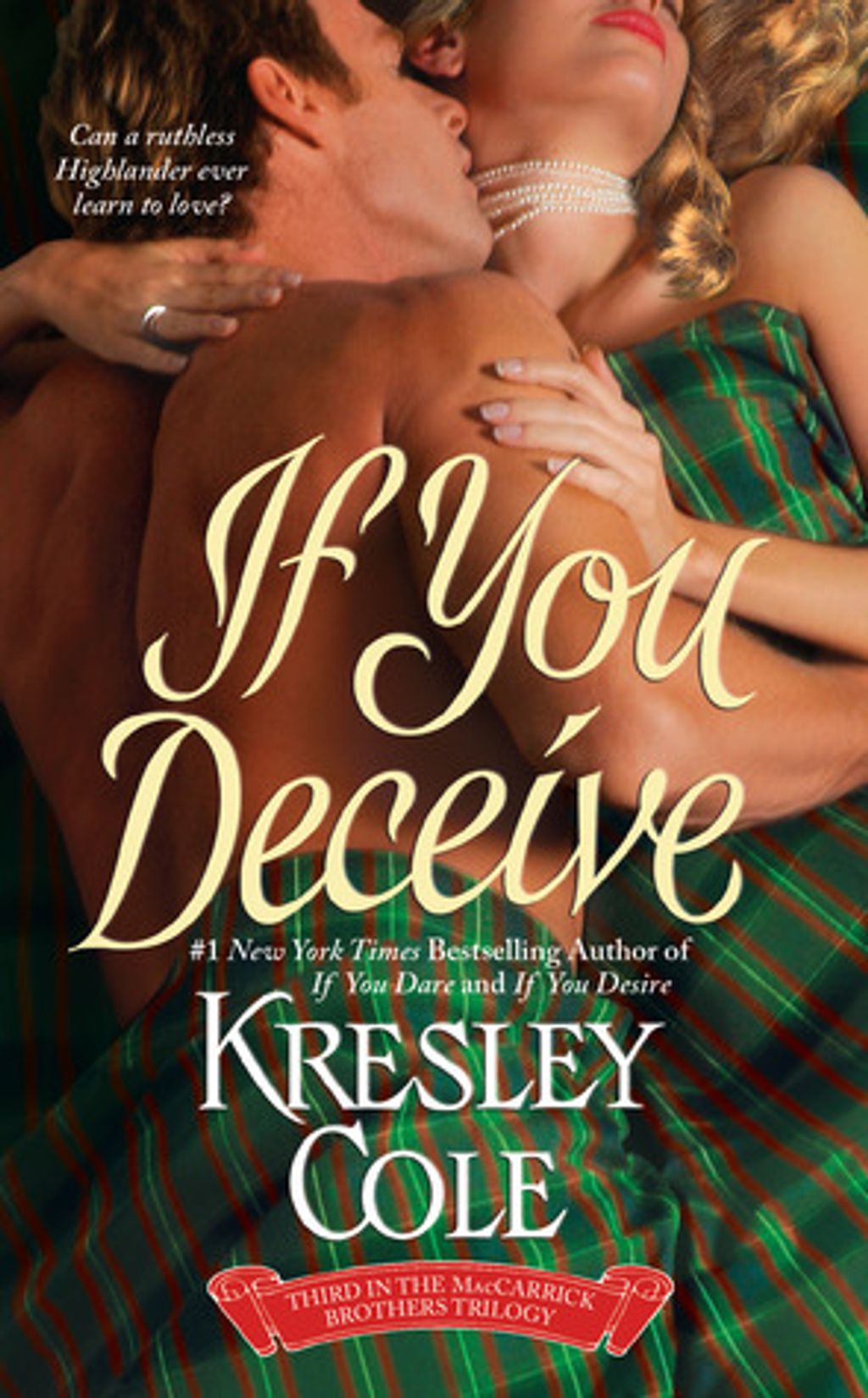 If You Deceive (MacCarrick Brothers #3)

Ethan MacCarrick was a heartbreakingly handsome rake until a powerful nobleman ordered him brutally beaten and his face scarred for a crime he didn't commit. Ethan's reprisal -- bankrupting the nobleman and forcing his exile -- does little to appease his wrath. Ten years later, a haughty, mysterious beauty enchants Ethan -- the daughter of his enemy. At last, Ethan will have the revenge he's craved; he'll promise her marriage, seduce her, then cast her aside.

When Madeleine van Rowen's family was suddenly plunged into destitution and dishonor, she steeled herself against further heartache. She never weakened, never trusted, until a towering, scarred Highlander relentlessly pursues her, breaking down her defenses.

At what price forgiveness?

The passion between them burns hotter than Ethan's fury, and soon he finds he can't let her go. But when Madeleine uncovers the truth about him, can Ethan convince her to accept all he now offers -- when he once destroyed everything she had?