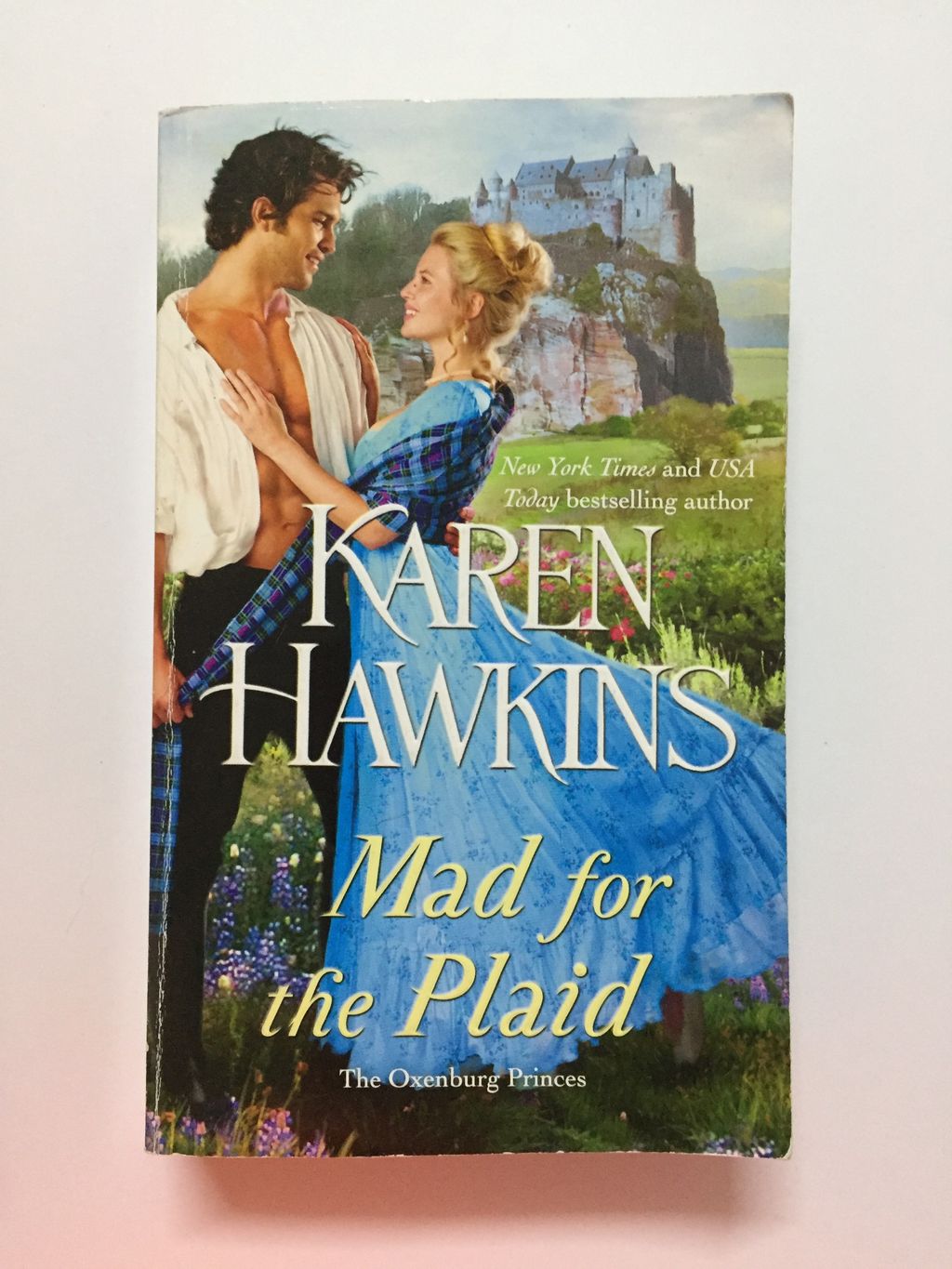 Mad for the Plaid (The Oxenburg Princes #3)

Nikolai Romanovin, a royal prince of Oxenburg, has travelled to the deepest wilds of Scotland to rescue his grandmother the Grand Duchess, who was abducted while visiting an old friend in the Highlands. Wanting to avoid an international incident, Nik plans to quietly slip into enemy territory disguised as a groom at Castle Cromartie. But his plans go awry when he falls under the cool gray gaze of the laird’s daughter.

Pragmatic and clever, Mairi MacKenzie has been left in charge of the family estate and her unruly grandmother in her father’s absence. Something about the new groom catches her eyes, and makes her think he’s not who he pretends to be—and even more shockingly, stirs her senses. Is it his obviously educated manners? His arrogant, non-servant-like presence? It’s certainly not his towering, powerful form, or slumberous, inviting green eyes!

After confronting the imposter and learning the truth, Mairi agrees to help Nik—for she, too, understands difficult relatives and would do anything for family. Soon their secret partnership leads to growing respect, searing kisses, and then something far more perilous. And when their quest turns dangerous, Mairi and Nik must discover this unknown enemy while facing the dangerous demands of their own unruly hearts.