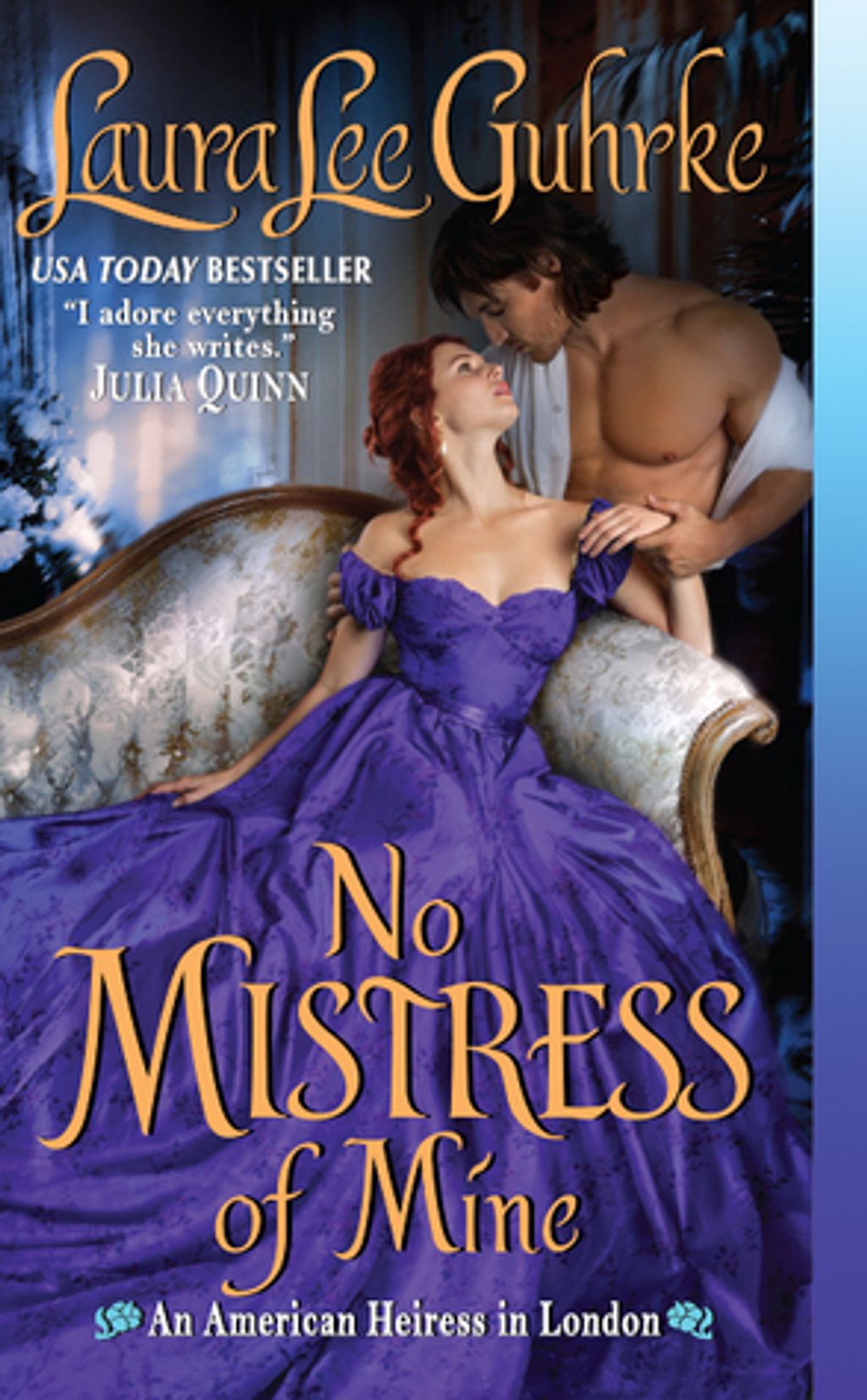 No Mistress Of Mine (An American Heiress in London #4)

Laura Lee Guhrke is back with the latest in her dazzling An American Heiress in London series, in which a reformed rogue finds all his honorable resolutions tested by the only woman who ever broke his heart...

After spending his youth as one of the wildest rakes in the ton, Lord Denys Somerton has devoted the past six years to putting his past behind him. He is determined to fulfill his duties, find a suitable wife, and start a family, but that plan changes when Lola Valentine—the red-haired temptress from his past—returns to London, sparking the same irresistible desires that almost ruined his life once before.

Lola is a woman with no romantic illusions. She knew love would never be enough for a British lord and an American girl from the wrong side of the tracks. For Denys’s sake, she walked away from him and the glittering life he offered. But when an unexpected inheritance brings her back to London, Lola discovers the passion between them is as hot as ever. Can they vanquish it, or will it burn out of control again and destroy them both?