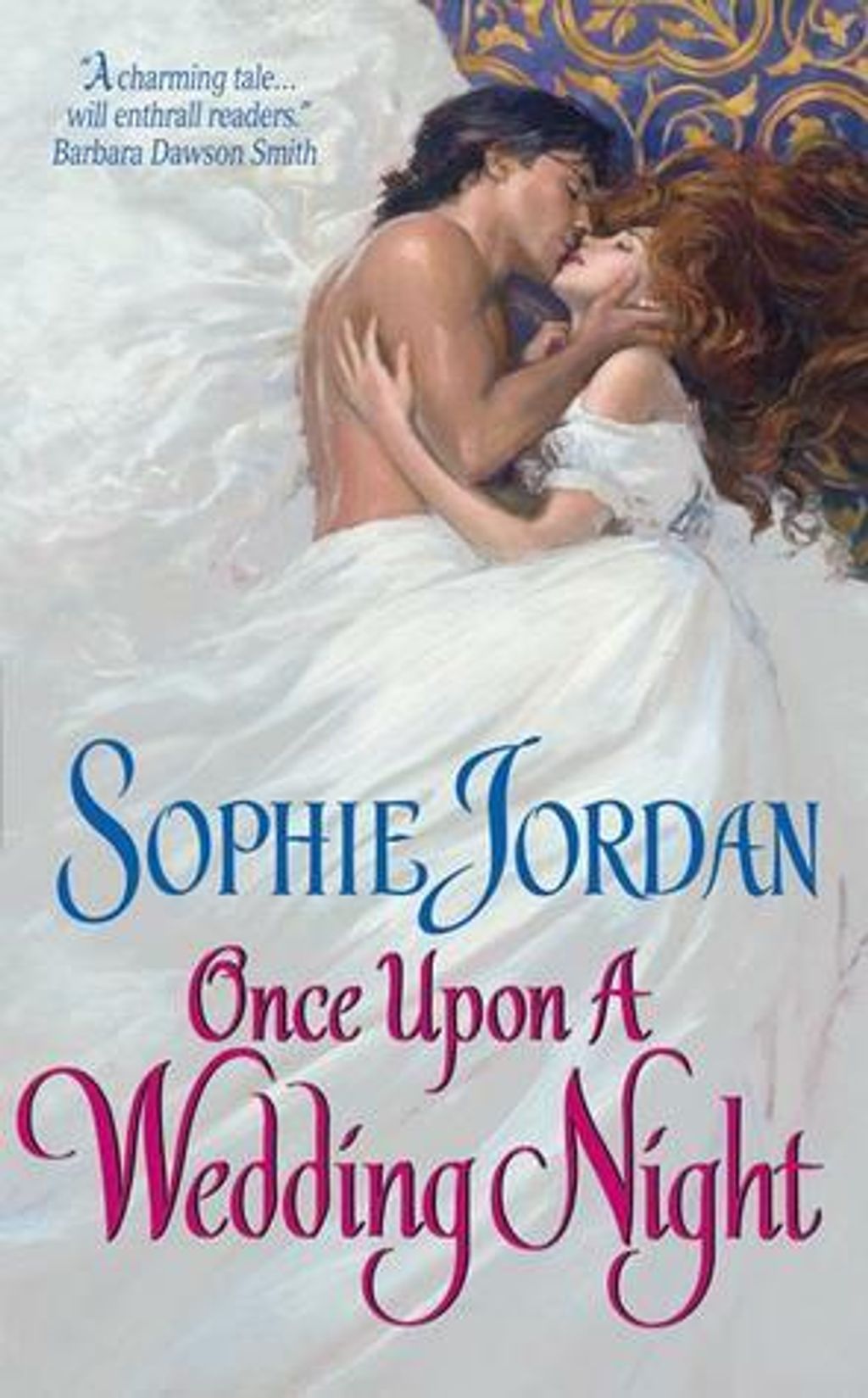 Once Upon a Wedding Night (The Derrings #1)

Lady Meredith Brookshire has every right to Oak Run. Now that she's suddenly husbandless and penniless, where else would she, her addled father, and spinster aunt reside? Yet who should appear but Nicholas Caulfield, the new Brookshire heir, claiming the estate is rightfully his by law. The brute is as arrogant as he is handsome—besides, he's supposed to be dead. And the only plan resourceful Meredith can devise to save her family from homelessness is a desperate scheme that may lead her to salvation or ruin...and the bed of the man she has vowed to hate.

A reluctant aristocrat, Nick does not trust this fiery, infuriating chit whom he suspects of subterfuge—yet who bewitches him with her innocent green eyes. The sooner he can get this tempting beauty married off to some stodgy old blueblood—and off his hands for good—the better. There is one slight problem, however:

Nick can't bear the thought of her wedding any man but him.