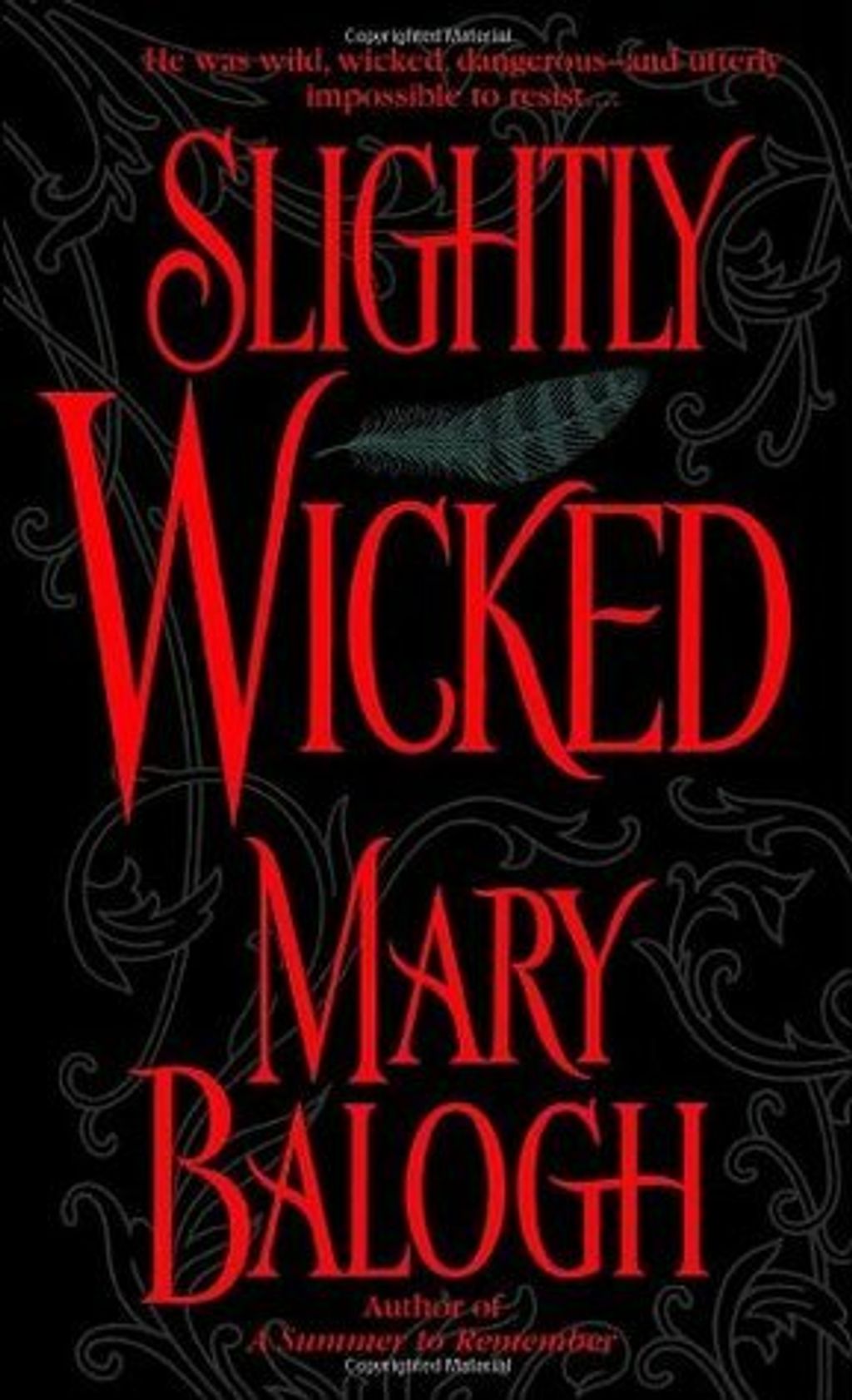 Meet the Bedwyns…six brothers and sisters—men and women of passion and privilege, daring and sensuality…Enter their dazzling world of high society and breathtaking seduction…where each will seek love, fight temptation, and court scandal…and where Rannulf Bedwyn, the rebellious third son, enters into a liaison that is rather risqué, somewhat naughty, and…Slightly Wicked.

With his laughing eyes and wild, rakish good looks, Lord Rannulf Bedwyn is a hard man to resist. To Judith Law, a woman in need of rescue when her stagecoach overturns, Rannulf is simply her savior, a heroic stranger she will reward with one night of reckless passion before she must become a companion to her wealthy aunt. Imagine Judith's shock when the same stranger turns out to be among England's most eligible bachelors…and when he arrives at Harewood Grange to woo her cousin. Certainly, they had made no vows, no promises, but Rannulf never did forget his uninhibited lover…nor did she forget that one delicious night. And as scandal sets the household abuzz, Rannulf proposes a solution…but when Judith refuses to have him—in love or wedlock—Rannulf has only one choice: to wage a campaign of pure pleasure to capture the heart of the woman who has already won his.