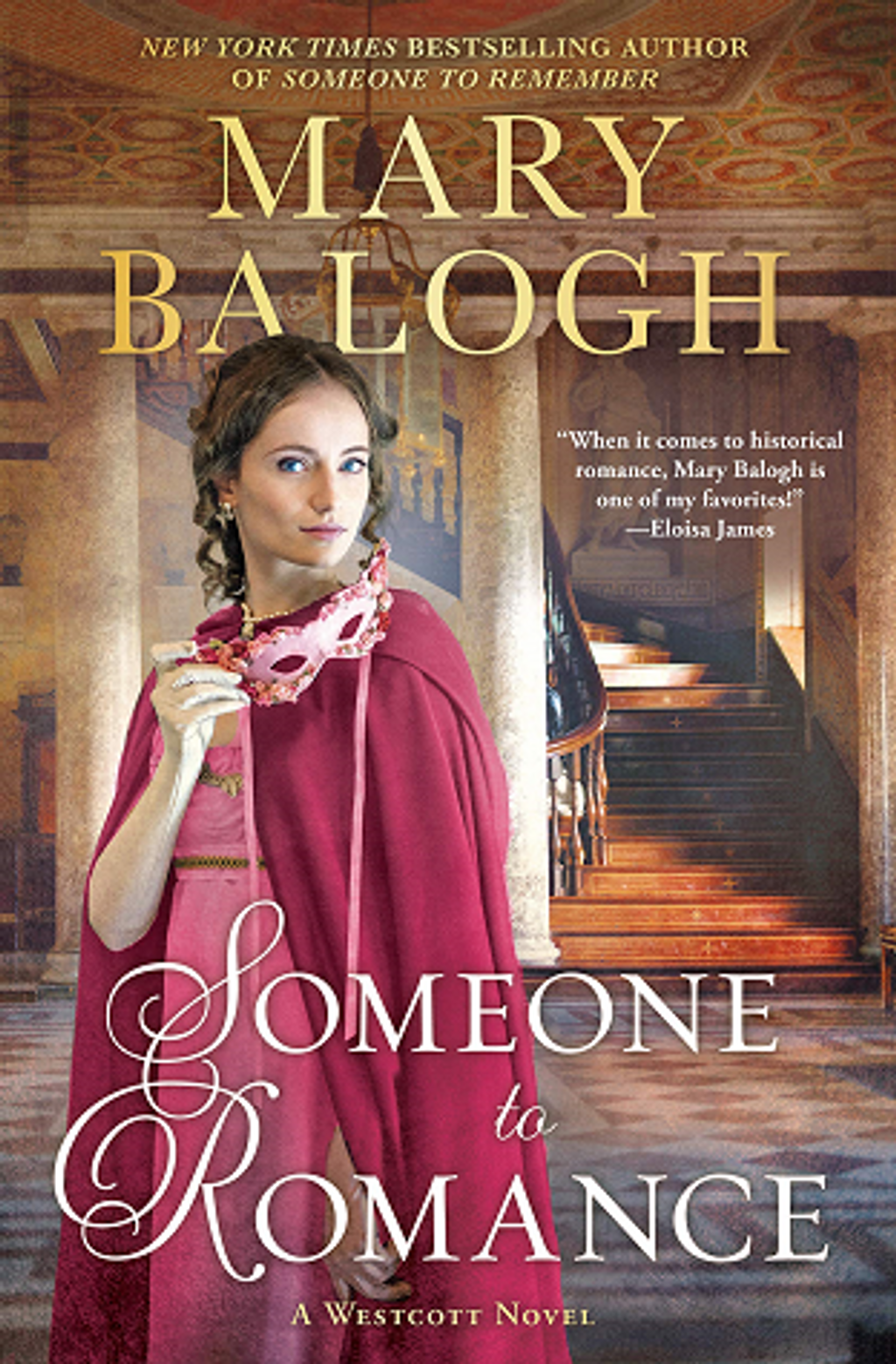 Someone to Romance (Westcott #7)

Love comes when you least expect it in this captivating new novel in the Wescott Regency romance series from Mary Balogh.

Lady Jessica Archer lost her own interest in the glittering excitement of romance after her cousin and dearest friend, Abigail Westcott, was rejected by the ton when her father was revealed to be a bigamist. Ever practical, however, once she's twenty-five, she decides it's time to wed. Though she no longer believes she will find true love, she is still very eligible. She is, after all, the sister of Avery Archer, Duke of Netherby.

Jessica considers the many qualified gentlemen who court her. But when she meets the mysterious Gabriel Thorne, who has returned to England from the New World to claim an equally mysterious inheritance, Jessica considers him completely unsuitable, because he had the audacity, when he first met her, to announce his intention to wed her.

When Jessica guesses who Gabriel really is, however, and watches the lengths to which he will go in order to protect those who rely upon him, she is drawn to his cause—and to the man.