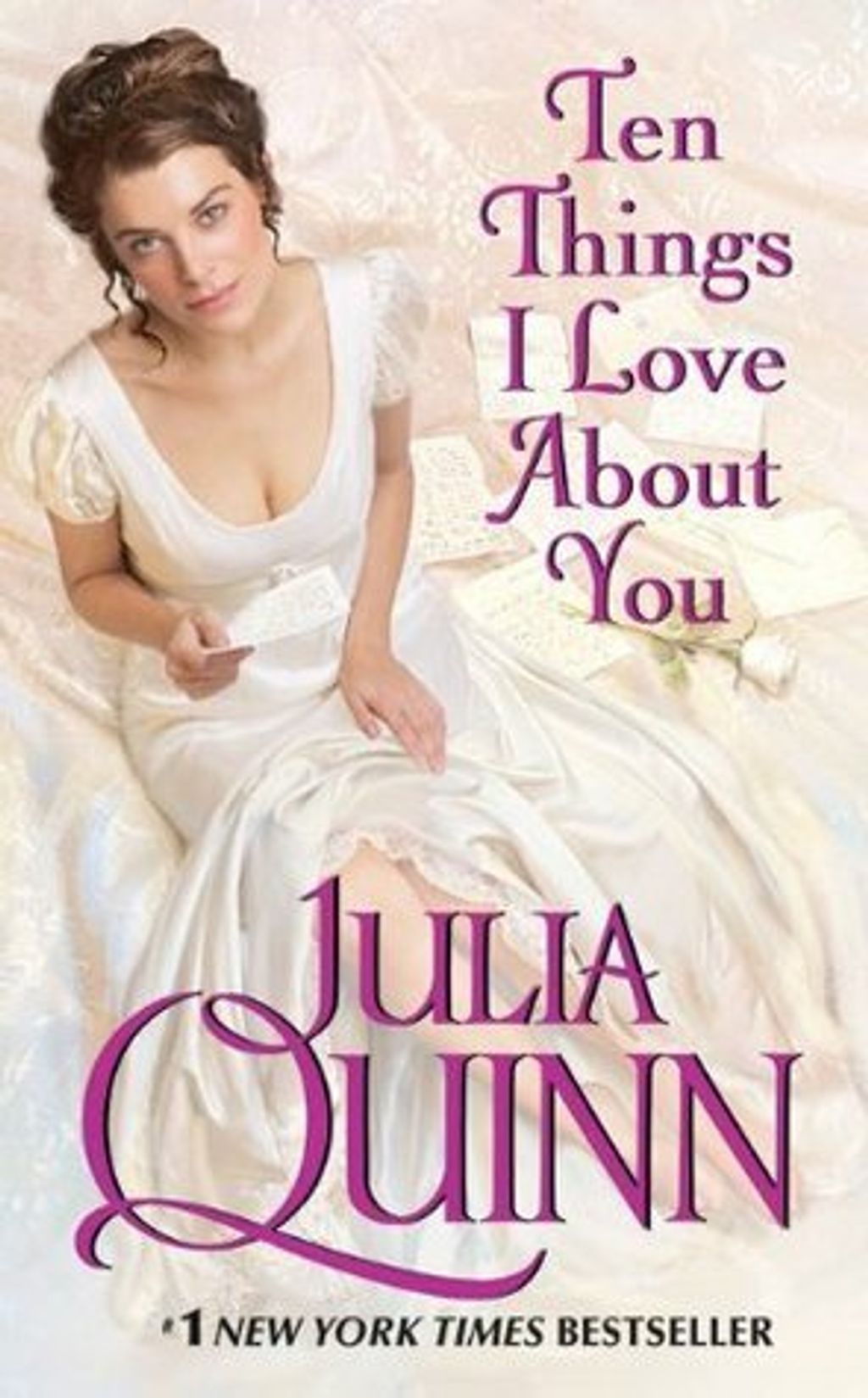 Ten Things I Love About You (Bevelstoke #3)

Annabel Winslow is in a pickle. Having newly arrived in London for her first season and being in possession of a voluptuous figure, is being openly courted the the Earl of Newbury, who is at least 75 and a nasty brute to boot. Annabel does not want to marry him, of course, but feels that she has no choice since her father has recently died and left the whole family, including Annabel's mother and her 7 siblings, almost destitute.

Then, while attending a party in the countryside, Annabel met Sebastian Grey, the Earl of Newbury's nephew. And suddenly she found herself not only courted by the lecherous uncle, but also the charming young nephew. Should she follow her heart so that she can be with the one she loves, or should she marry the loathsome earl just so she can put food on the table for her family and make sure that her brothers get to stay in school?