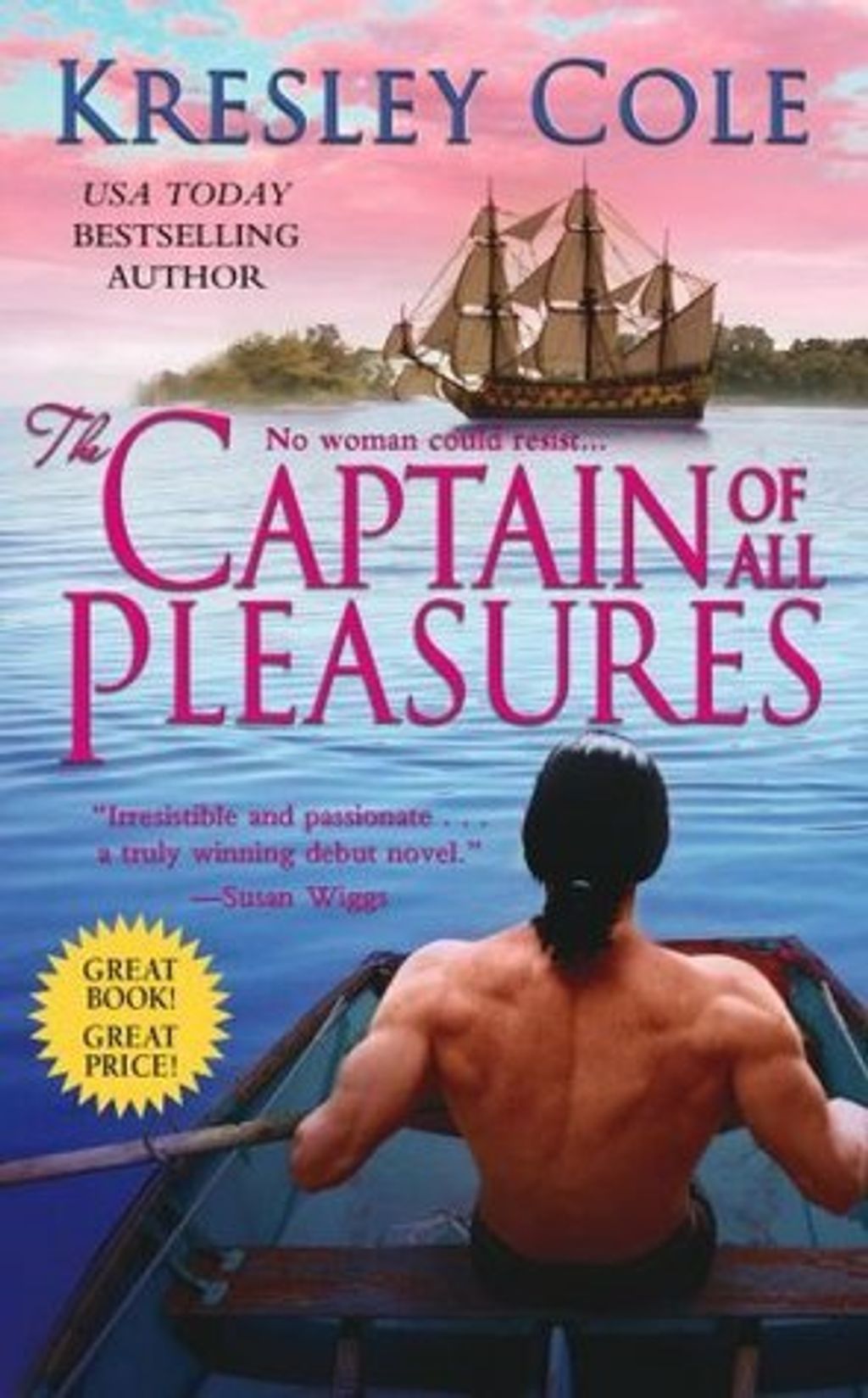 The Captain of All Pleasures (Sutherland Brothers #1)

In her exhilarating debut novel, Kresley Cole captures the drama, passion, and boundless adventure of the high seas—as one fiery lass finds herself caught in a tide of torrid romance.

Raised as a free spirit aboard her American sea captain father's majestic clipper ship, willful Nicole Lassiter has never encountered an obstacle she couldn't overcome—until she meets Captain Derek Sutherland. His sizzling kisses leave her longing, but after they share a night of passion, his subsequent disdain makes her blood boil. Nicole vows to take her revenge—by helping her father beat Sutherland in a high-stakes competition: the Great Circle Race from England to Australia.

Nicole's scheme is thrown overboard after her father is wrongly imprisoned, yet she remains undaunted—taking to the high seas with her father's ship. But a storm wrecks her plans, and she finds herself a virtual prisoner aboard Sutherland's vessel. And while her mind tells her she should escape, her body urges her to surrender.