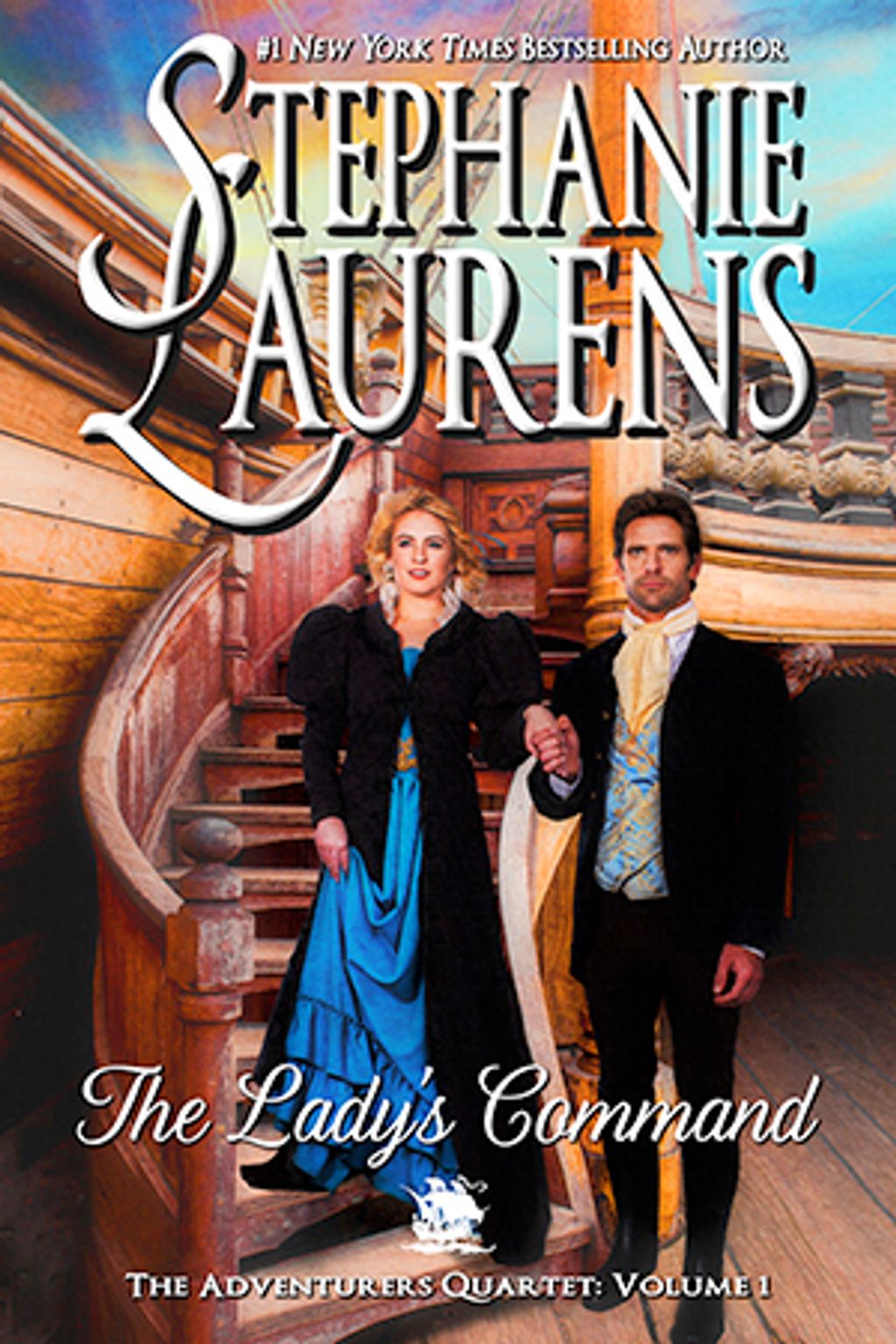 The Lady's Command (The Adventurers Quartet #1)

The instant Captain Declan Frobisher laid eyes on Lady Edwina Delbraith, he knew she was the lady he wanted as his wife. The scion of a seafaring dynasty accustomed to success, he discovered that wooing Edwina was surprisingly straightforward—not least because she made it plain that she wanted him as much as he wanted her.

Declan’s vision of marriage was of a gently-reared wife to grace his arm, to manage his household, and to bear his children. He assumed that household, children, and wife would remain safely in England while he continued his life as an explorer sailing the high seas.

Declan got his wish—up to a point. He and Edwina were wed. As for the rest—his vision of marriage…

Aunt of the young Duke of Ridgware and sister of the mysterious man known as Neville Roscoe, London’s gambling king, even before the knot was tied Edwina shattered the illusion that her character is as delicate, ethereal, and fragile as her appearance suggests. Far from adhering to orthodox mores, she and her ducal family are even more unconventional than the Frobishers.

Beneath her fairy-princess exterior, Edwina possesses a spine of steel—one that might bend, but will never break. Born to the purple—born to rule—she’s determined to rule her life. With Declan’s ring on her finger, that means forging a marriage that meets her needs as well as his.

But bare weeks into their honeymoon, Declan is required to sail to West Africa. Edwina decides she must accompany him.

A secret mission with unknown villains flings unexpected dangers into their path as Declan and Edwina discover that meeting the challenge of making an unconventional marriage work requires something they both possess—bold and adventurous hearts.