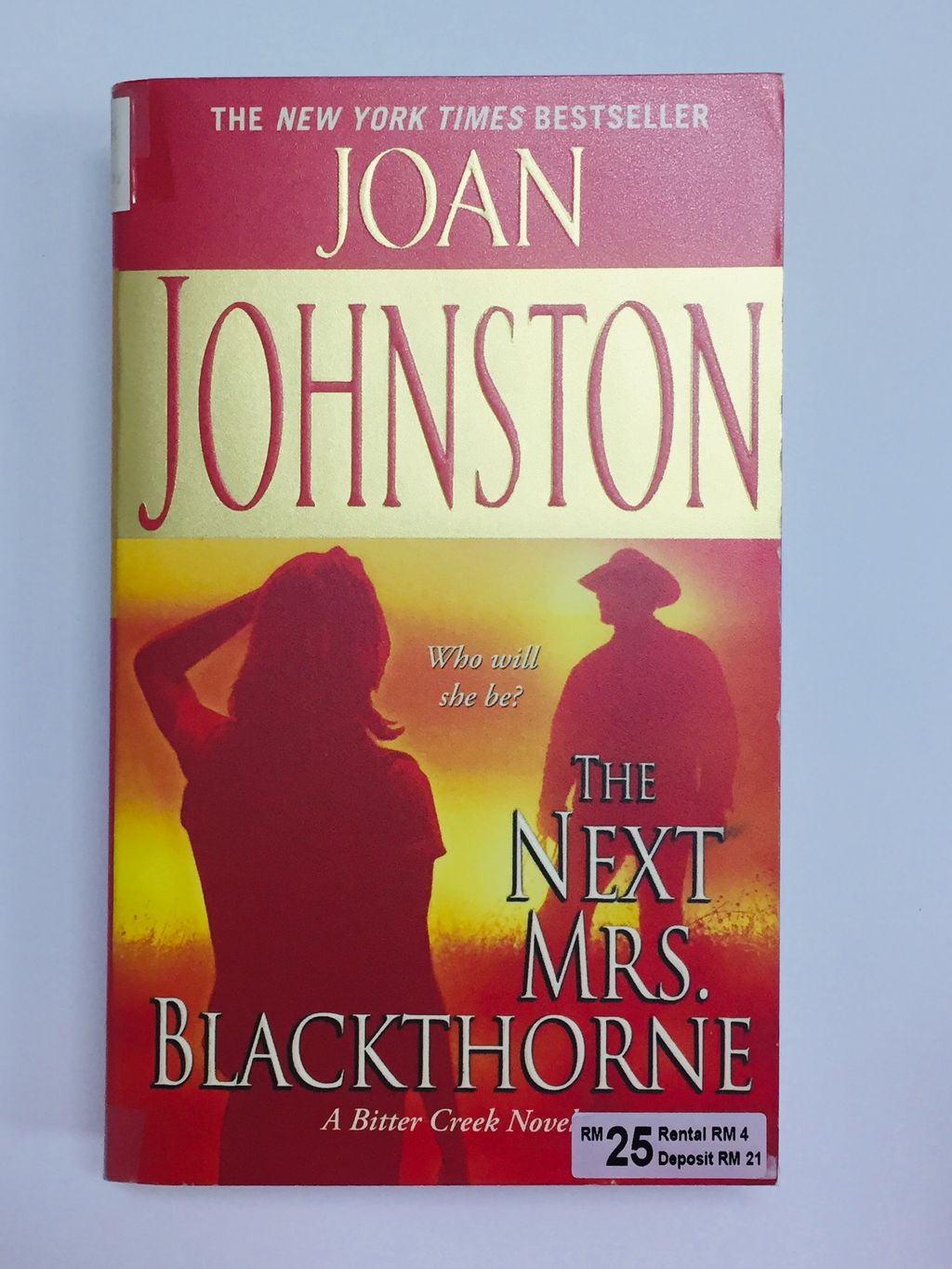 The Next Mrs. Blackthorne (Bitter Creek #6)

A lavish summer wedding is being planned at Bitter Creek ranch. In one month, Clay Blackthorne will wed socialite Jocelyn Montrose. But when she hears stirrings of a corporate takeover by the family's archrival, North Grayhawk, Jocelyn covertly heads to North's ranch to offer a valuable commodity -- herself -- if North will call off his plans. Striking a deal to spend the summer with the steely, seductive North, Jocelyn fails to see that her sacrifice to protect the man she loves may have dire consequences.

Stunned by his fiancee's rejection, Clay, a newly appointed federal judge, begins presiding over an incendiary terrorism trial, which brings him face to face with his first love, Libby Grayhawk. As tensions mount, forces beyond Clay's control threaten the women most precious to him in the past and the present. And only in a daring act of sacrifice will he know which woman will become the next Mrs. Blackthorne.