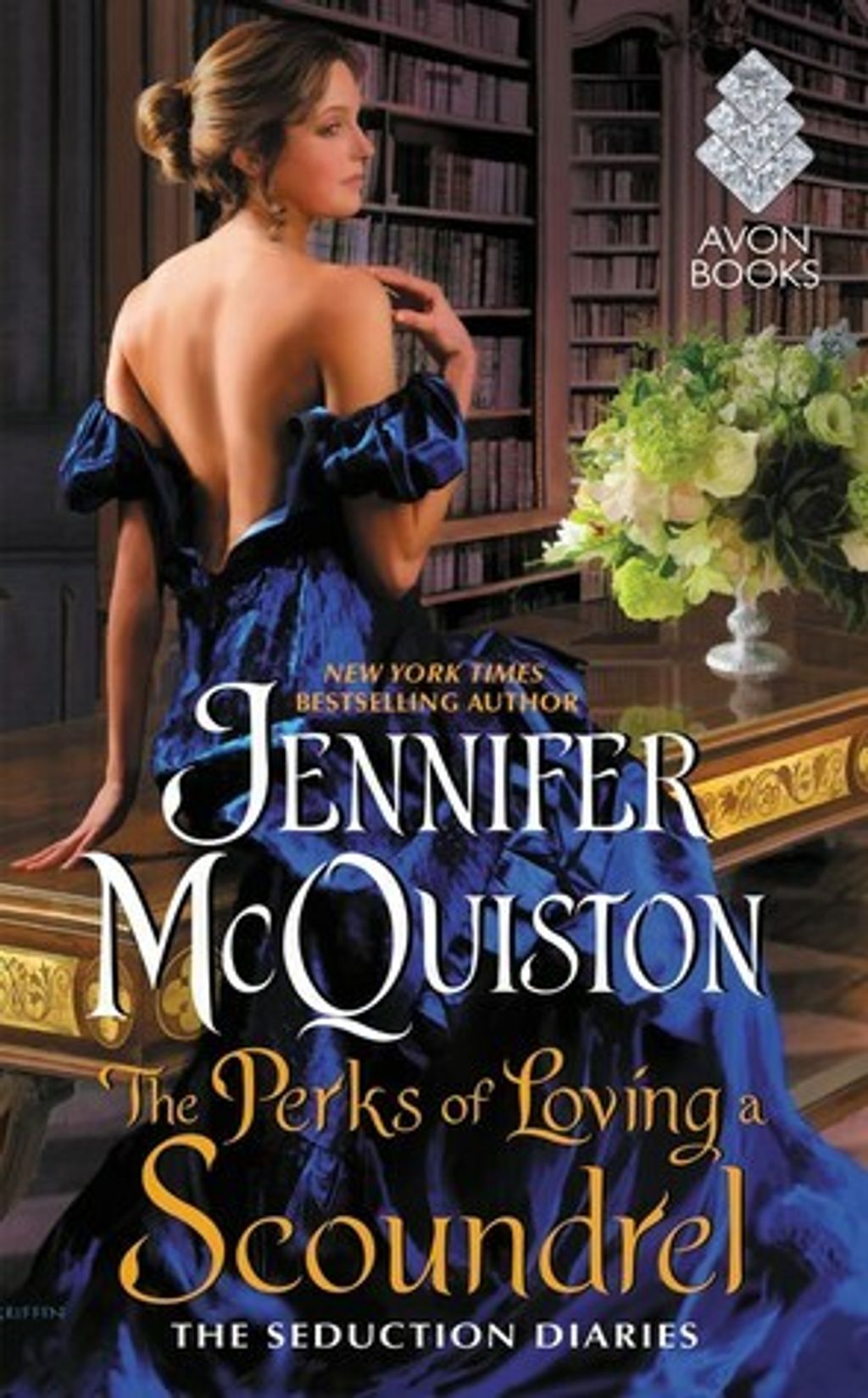 The Perks of Loving a Scoundrel (Seduction Diaries #3)

No one loves books more than Miss Mary Channing. Perhaps that’s why she’s reached the ripe old age of six-and-twenty without ever being kissed. Her future may be as bland as milk toast, but Mary is content to simply dream about the heroes and adventures she reads about in her books. That way she won’t end up with a villain instead.

But sometimes only a scoundrel will do.

When she unexpectedly finds herself in the arms of Geoffrey Westmore, London’s most notorious scoundrel, it feels a bit like a plot from one of her favorite novels. Suddenly, Mary understands why even the smartest heroines can fall prey to a handsome face. And Westmore is more handsome than most. But far worse than the damage to her reputation, the moment’s indiscretion uncovers an assassination plot that reaches to the highest levels of society and threatens the course of the entire country.

When a tight-laced miss and a scoundrel of epic proportions put their minds together, nothing can stand in their way. But unless they put their hearts together as well, a happy ending is anything but assured.