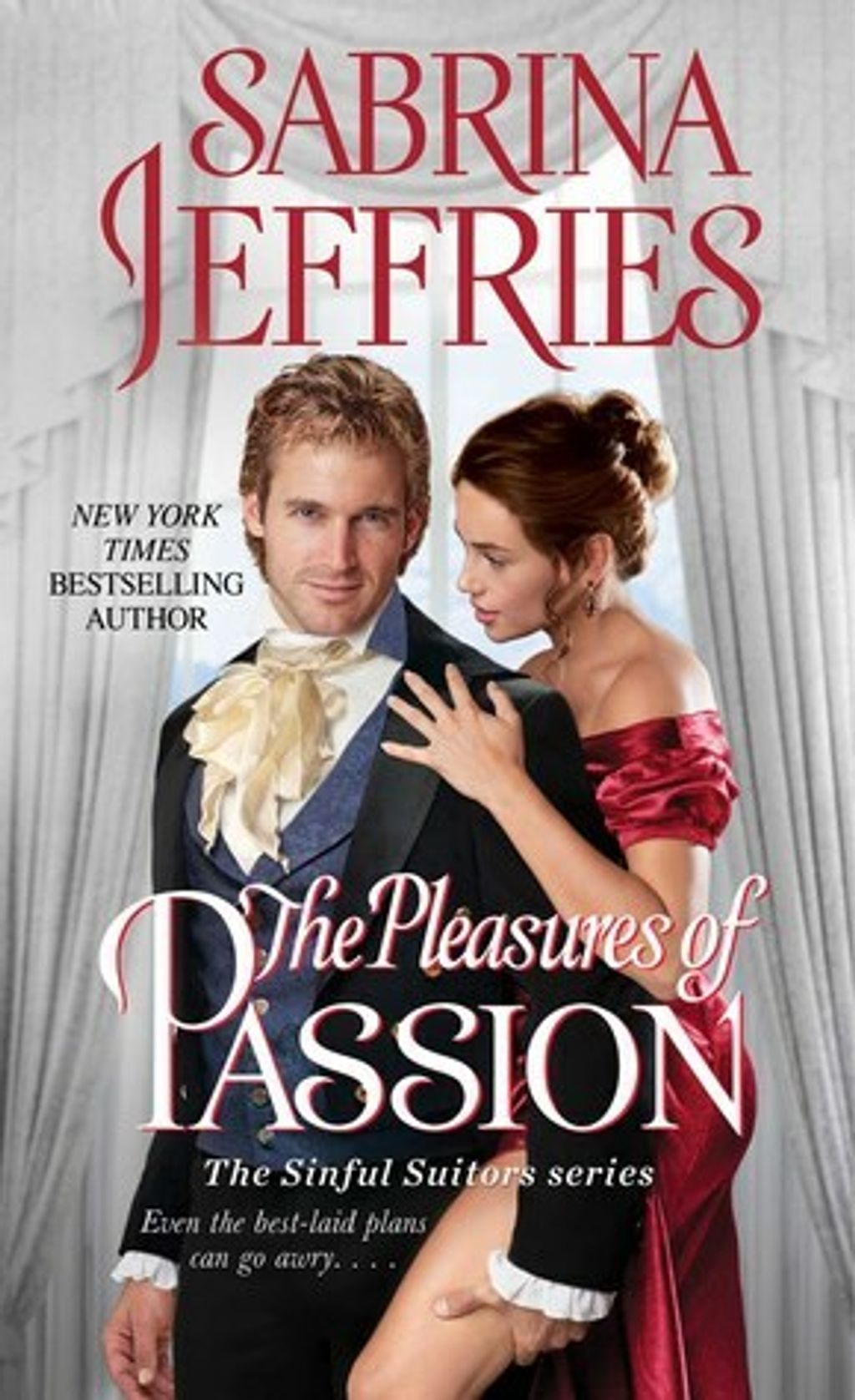 The Pleasures of Passion (Sinful Suitors #4)

When Niall Lindsey, the Earl of Margrave, is forced to flee after killing a man in a duel, he expects his secret love, Brilliana Trevor, to go with him, or at the very least wait for him. To his shock, she does neither and sends him off with no promise for the future. Seven years and one pardon later, Niall returns to England disillusioned and cynical. And being blackmailed by the government into working with his former love to help catch a counterfeiter connected to her father doesn’t improve his mood any. But as his role as Brilliana’s fake fiancé brings his long-buried feelings to the surface once again, he wonders who is more dangerous—the counterfeiter or the woman rapidly stealing his heart.

Forced to marry another man after Niall was exiled, the now widowed Brilliana wants nothing to do with the reckless rogue who she believes abandoned her to a dreary, loveless life. So having to rely on him to save her father is the last thing she wants, much less trusts him with....But as their scheme strips away the lies and secrets of their shared past, can she let go of the old hurt and put her pride aside? Or will the pleasures of their renewed passion finally enable them both to rediscover love?