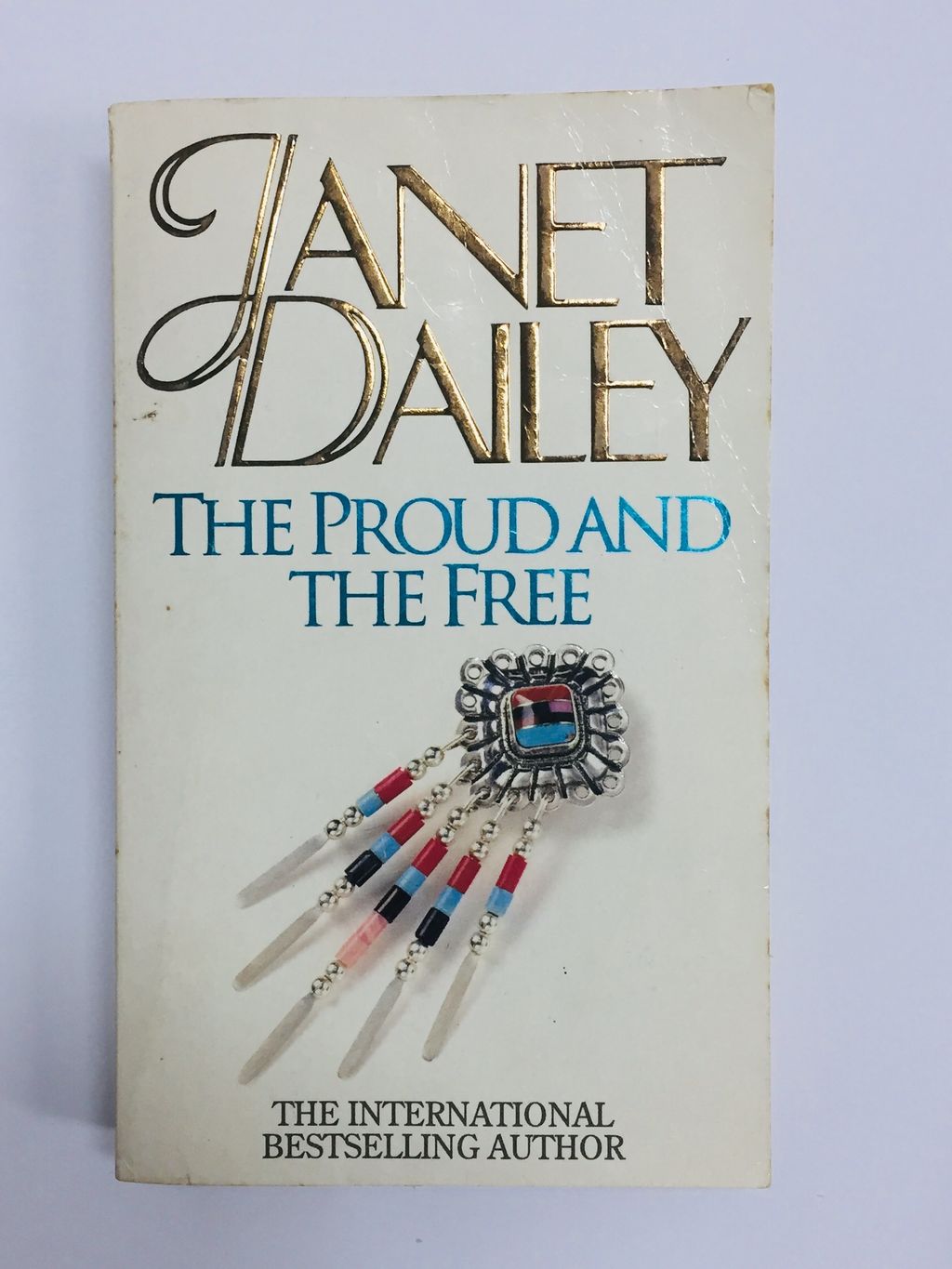 The Proud And The Free

by Janet Dailey
Goodreads rating:  3.64
Rent RM 4 + Deposit RM 21  Vivacious, black-haired Temple Gordon was raised on a grand southern plantation. The sassy, outspoken belle has known only luxury and laughter. But in truth, no matter how elegant the Gordon Glen estate is, no matter how beautiful Temple is, they are both Cherokee.

Although Temple's father, Will, has attended the finest eastern schools, the proud Gordons share a mixed Scot and Native American heritage. By 1830, their graceful life of parties and parlor games begins to shatter. Gangs of Georgia vigilantes roam the roads. Treaties have been broken. Trouble rumbles closer, forcing men to choose sides. And Temple's fiance, reckless, dangerously seductive "The Blade" Stuart, knows the old ways Temple so dearly loves are coming to an end.

Soon Temple and her entire family --- including her tormented teenage brother Kipp and the Gordons' slaves, who have dreams of their own --- are caught in a crossfire of tribal arguments and government betrayal. One source of hope and strength is Eliza Hall. A schoolteacher who arrives from New England expecting wilderness and savages, she finds instead a loving, genteel family to inspire her loyalty and devotion.

Yet no one can stop the Cherokees' history from being written in blood. Challenged by tragedy and hardship, Temple will face losing everything and everyone she knows, as the Cherokee are forced westward by the government in Washington. Now desperate to be with the man she loves, determined to defy the world and stay by his side, Temple becomes a woman whose valor is forged by tears... and whose future lies at the end of a journey to a wild and turbulent destiny.