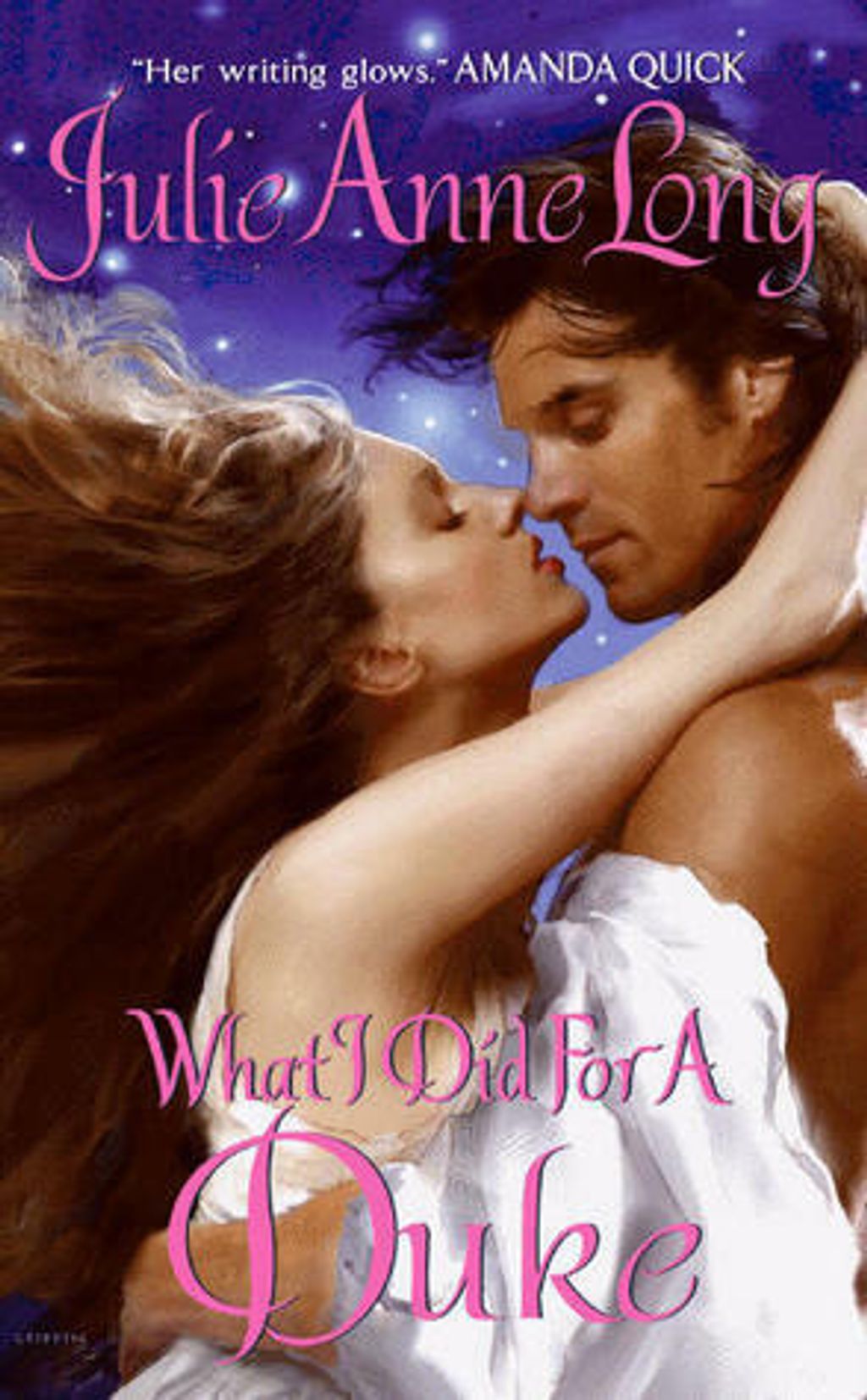 What I Did For a Duke (Pennyroyal Green #5)

For years, he's been an object of fear, fascination...and fantasy. But of all the wicked rumors that shadow the formidable Alexander Moncrieffe, Duke of Falconbridge, the ton knows one thing for certain: only fools dare cross him. And when Ian Eversea does just that, Moncrieffe knows the perfect revenge: he'll seduce Ian's innocent sister, Genevieve—the only Eversea as yet untouched by scandal. First he'll capture her heart...and then he'll break it.

But everything about Genevieve is unexpected: the passion simmering beneath her cool control, the sharp wit tempered by gentleness...And though Genevieve has heard the whispers about the duke's dark past, and knows she trifles with him at her peril, one incendiary kiss tempts her deeper into a world of extraordinary sensuality. Until Genevieve is faced with a fateful choice...is there anything she won't do for a duke?