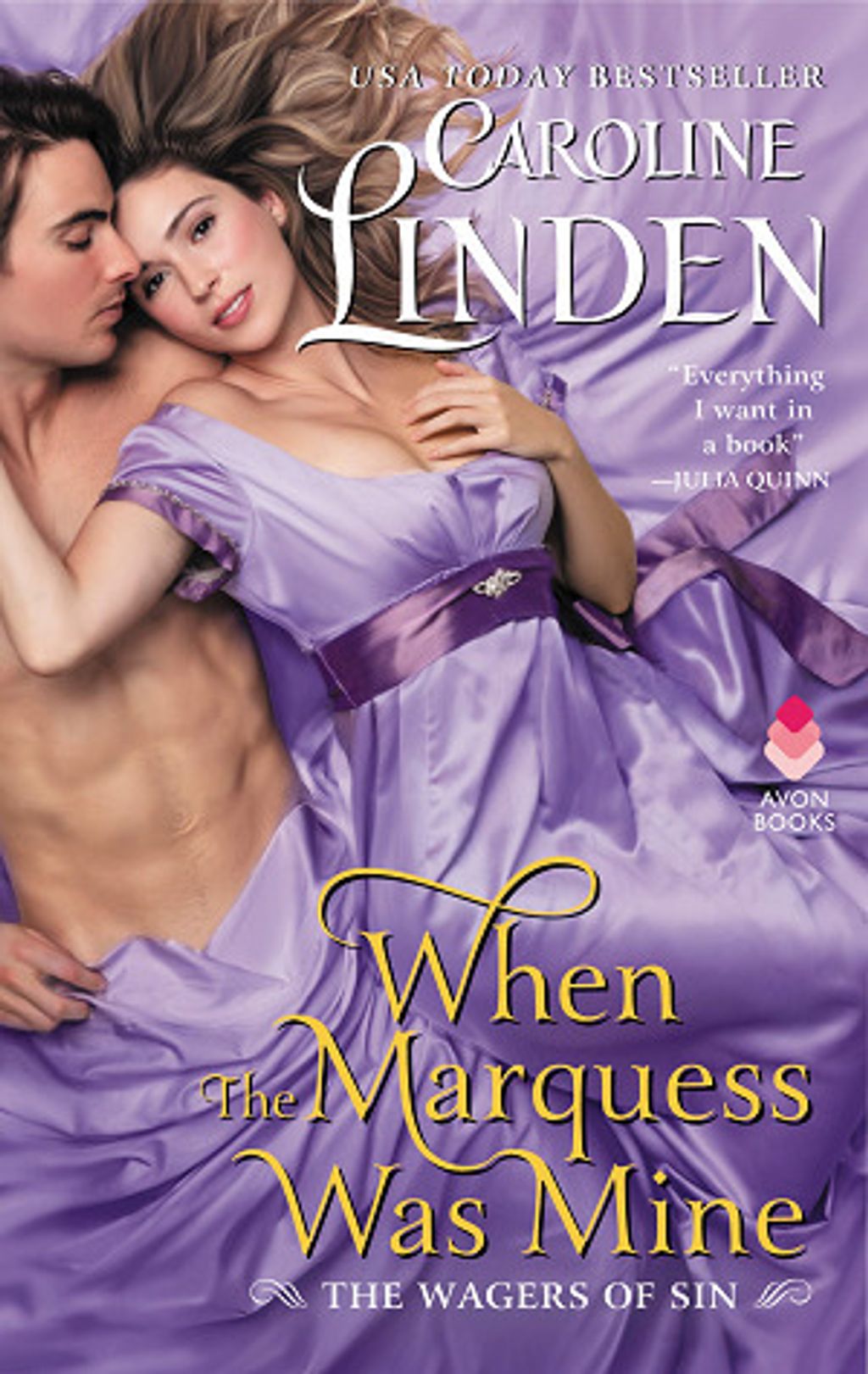 When the Marquess Was Mine (The Wagers of Sin #3)

In the game of love…

Georgiana Lucas despises the arrogant and cruel Marquess of Westmorland even before learning that he's won the deed to her friend Kitty's home in a card game. Still, Georgiana assures Kitty the marquess wouldn't possibly come all the way to Derbyshire to throw them out—until he shows up, bloody and unconscious. Fearing that Kitty would rather see him die, Georgiana blurts out that he's her fiancé. She'll nurse the hateful man back to health and make him vow to leave and never return. The man who wakes up, though, is nothing like the heartless rogue Georgiana thought she knew…

You have to risk it all

He wakes up with no memory of being assaulted—or of who he is. The bewitching beauty tending him so devotedly calls him Rob and claims she's his fiancée even as she avoids his touch. Though he can't remember how he won her hand, he's now determined to win her heart. But as his memory returns and the truth is revealed, Rob must decide if the game is up—or if he'll take a chance on a love that defies all odds.